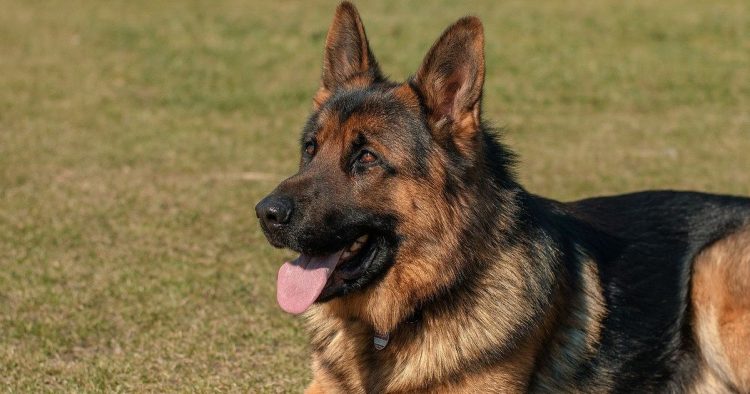 The Manchester Evening News has joined forces with our brand new sister site, TeamDogs, and the fabulous Pooch & Mutt food for dogs company, to find out which dog breed really is the nation’s favourite.

Here, Michael Hylands champions German Shepherds and explains exactly why they are the best breed.

If you agree – or disagree – we’ll give you the chance to vote in the search to find the UK’s favourite dog breed.

C’mon, there’s no doubt as to what the best breed is – it’s the German Shepherd. Name me one breed as good-looking, or as super-cute as puppies.

They’re powerful, intelligent, multi-skilled and the most versatile breed I know and despite their fearsome reputation, they can also be brilliantly goofy.

Unlike other breeds, the German Shepherd isn’t all bark and bluster. These dogs will literally lay their life down for you. It’s why they’re the obvious candidate for police and military work, as well as search and rescue, guide dogs, medical-condition support dogs, guard dogs and even close protection work for the rich and famous.

These dogs can understand commands in different languages, so the crooks won’t understand what’s happening. You’ve got to admit, that’s impressive. I could go on and list the many other roles this Rolex of the dog world fulfils, but I don’t want to embarrass the other breeds. Not least the ankle biters who we all know are the real menaces.

The German Shepherd is the Swiss Army knife of the canine world, just a natural at any task they’re given. They’re a bit like the cool kid at school who didn’t revise for exams but still got all A*’s and was really good at sports too.

I remember the first German Shepherd pup we got when I was a kid. She was called Cinders, a lovely, loyal girl who literally would have died to protect her family pack. Needless to say, we never got burgled. But she was such a softie as well and would let me lie on her like a big old teddy bear. Since then, I’ve had three more German Shepherds, and they’ve all been fantastic dogs too.

They really are the softest, most placid breed with their own pack, as well as any outsiders accepted into the house or group. They’re just a really good judge of character; it’s why they make such good police dogs.

They even live up to their stereotype by doing several house patrols during the night in between catching some shuteye. They always take their job seriously. It’s just in their DNA.

It’s probably difficult for someone who hasn’t owned a German Shepherd to fully understand how lovable and cuddly a dog they are, which is what makes them so special when combined with the fact that they can also be machines when they need to be. You can trust them 100% to look out for you. They’ve always got your back.

When walking a German Shepherd, you have a sense of pride. Everybody knows these dogs are the real deal and highly respected world-wide. I can honestly say, hand on heart, they’re a breed unrivalled by others.