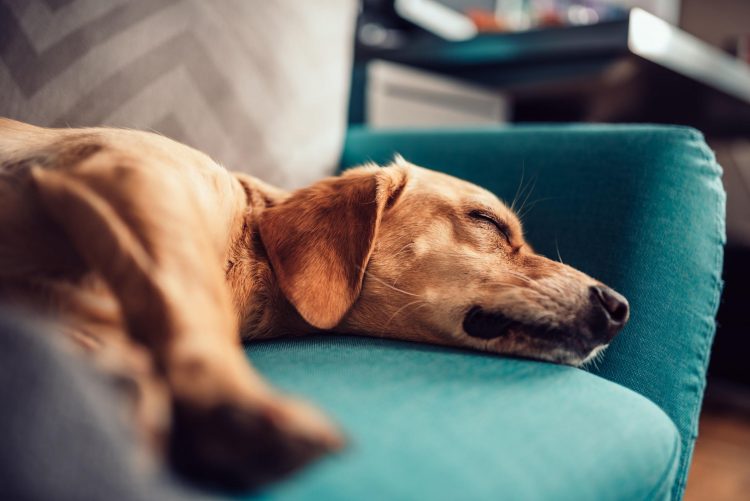 New research shows that the growing market of pandemic dog owners fear they will no longer be able to give a suitable home to their pets as lockdown restrictions ease, unless places of leisure and employment improve their dog friendly credentials.

The research, released this week by The Kennel Club as part of its Open for Dogs campaign, shows that three in five people (60 per cent) in North West are worried about dogs bought during the pandemic being abandoned when ‘normal’ life resumes.

Nationally, almost a quarter (23 per cent) of UK owners fear that they will no longer be able to provide a suitable home for their dog post-lockdown, with a staggering amount – nearly one in five (17 per cent) – saying they have considered rehoming as an option.

Almost three in five (61 per cent) in the North West would like more places to be open for dogs and accommodate our four-legged friends, who have been a lifeline for so many during the pandemic.

Bill Lambert, spokesman for The Kennel Club, said: “This new research worryingly shows that if dogs can’t go to places with their owners, and fit their lifestyle post-pandemic, some will be left home alone for too long, or even sadly rehomed or abandoned. “These consequences could be quite devastating for the nation’s dogs, who frankly don’t deserve to be left behind after being there for so many during lockdown.”

And as businesses begin to open their doors to the public again following ongoing Covid-19 lockdown restrictions, those in the North West recognise the benefits of establishments and workplaces opening up for the estimated 14 million strong UK dog owning population, not only to prevent a welfare crisis for man’s best friend but to boost the local economy:

• 63 per cent agree more customers will visit places like pubs and cafes which struggled during lockdown, if dogs can come too

• Three in five (60 per cent) agree dogs can be a conversation starter when out, after a year off socialising

• In the workplace, almost three quarters (72 per cent) believe dogs can alleviate stress

The research also suggests priorities and lifestyles are changing post-pandemic; almost all new UK dog owners, a staggering 92 per cent, want to see more places open for dogs, and three quarters (72 per cent) are more likely to go to a dog-friendly establishment than one that isn’t.

Nationally, more than half of dog owners would be prepared to pay more money to go somewhere dog friendly (52 per cent) and 55 per cent say that they would stay longer if they didn’t have to race home to see their dog.

Following these findings, The Kennel Club has launched its Open for Dogs campaign, urging more businesses, establishments and workplaces to consider the benefits of being dog friendly.

The campaign provides advice, tools and resources, from downloadable dog-friendly policies and window stickers, to top tips for both owners to take their dogs to dog-friendly places responsibly, as well as businesses and workplaces who want to open for dogs.

Bill added: “Hospitality, businesses and workplaces can play a role in combatting the looming welfare crisis faced by this pandemic pup generation by being open for dogs; helping owners to introduce or re-introduce their pet to ‘normal’, without leaving them behind, and preventing a legacy of separation anxiety.

“Following a year of lockdown restrictions impacting business, dog friendly policies can also reap economic benefits across the board – according to our research more than one in two owners claim they would happily stay longer and spend more if their dog was with them whilst out socialising at a pub, café or restaurant.

“While there may have been some short-sighted puppy buying decisions made during the pandemic, as a dog-loving nation we must look at the bigger picture and encourage more places to welcome dogs, capitalize on the benefits and ‘paw it back’, easing our four-legged friends out of lockdown, opening up more widely for their re-entry to ‘normal’ life, and celebrating their positive place within our society.

“Dogs should be a part of our lives and daily routines as much as possible, and we hope to see the UK being as faithful to dogs as they are, and have been, to us.”