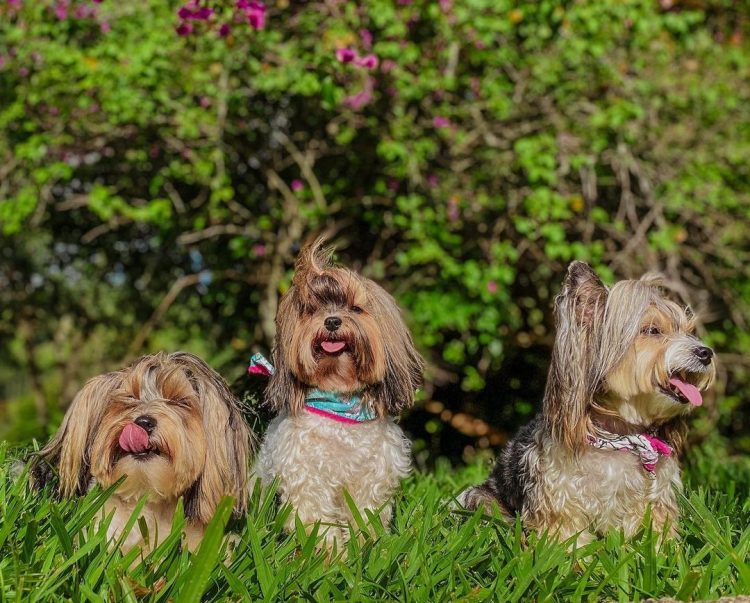 The very popular Yorkie has some new competition after its adorable relative is now recognized by the American Kennel Club.

The AKC announced it is adding the Biewer (pronounced “beaver”) to its list of dogs, making it the 197th recognized breed for the organization.

Related: Here Are 10 Small Dog Breeds That Don’t Shed or Make You Sneeze

Related: What to Get a Small Dog Breed? Read This First.

Four years later, DNA from 10 Biewer Terriers showed that they not only had Yorkshire Terrier in them, but also Maltese, Havanese and/or Bichon, making them a distinct purebreed. It is the first breed to use genetic testing to identify purebreds, as a way of preventing fraudulent breeders from misrepresenting dogs who look like Biewers but are not.

The breed became recognized in 2021 by the AKC after it met its guidelines for breed recognition which includes interest in the breed by owners, establishing a breed club, and an even distribution in the U.S.

Weighing in at 4-8 lbs, the Biewer’s distinct look includes a tri-colored coat (either black, tan and white or blue, tan and white), silky feel and curled tail. The Biewer doesn’t shed, making it great for those who have allergies.

The breed adaptive to their surroundings. They are playful, affectionate, loyal, enjoy cuddle time and are the quintessential lap dog. While they like relaxing at home, they can also keep up with their human on long walks or hikes.

When it comes to training, they can be a bit stubborn, so it may take a bit of patience to get commands down. They can also be “yappy,” so curtailing that behavior early on could save you some issues down the road.

While it has made it onto the AKC list, it still remains much less common than the Yorkie, with only 1,424 registered in the U.S., according to the organization.

Related: 8 Dog Breeds That Are at a Higher Risk of Getting Dental Disease