The return of ‘first pets’: Dogs are once again in the White House 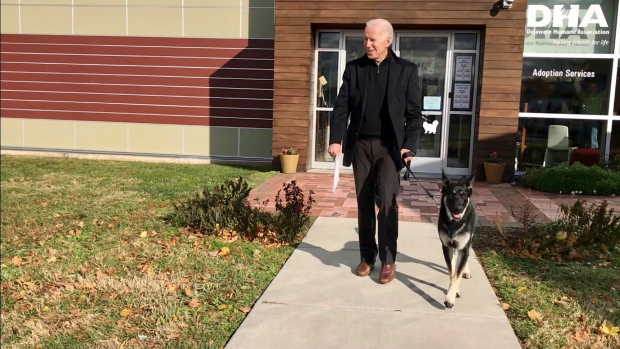 OTTAWA —
Following a four-year absence, dogs are once again barking through the halls of the White House.

U.S. President Joe Biden and his family own two German shepherds, named Champ and Major. Champ joined the family in 2008 from a Pennsylvania breeder, while the Bidens adopted Major in 2018 from the Delaware Humane Association (DHA), making him the first shelter dog to enter the White House.

To celebrate Major’s new home, the DHA hosted a virtual “indoguration” for their alumnus last week, which included celebrity appearances and raised more than US$200,000 for the shelter.

Champ and Major also have a children’s book written in their honour. “Champ and Major: First Dogs”  by Joy McCullough tells the story of the two dogs moving into the White House, while Champ, who’s been there before, during Biden’s term as vice-president, ushers Major around their new home.

Former U.S. president Donald Trump famously broke a 130-year-old tradition when he did not bring a pet into the White House during his term.

“How would I look walking a dog on the White House lawn?” he then added with a grimace.

Pet ownership then became a campaign issue when Biden used that quote for a “Dog Lovers for Joe” campaign ad.