This Is the Most Dog-Friendly U.S. City for 2021, Data Shows 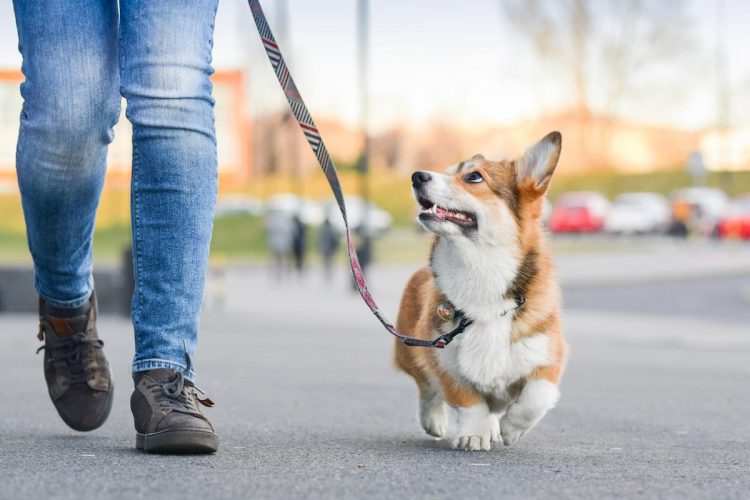 There’s nothing quite as fulfilling and special as the relationship between an owner and their dog. However, taking care of a dog is a bigger responsibility that many people fail to understand until they’re overwhelmed by the mischievous energy of a new puppy. And things can become even more difficult depending on where you live. Big cities, for example, are especially challenging places to have a dog. So much so that 62 percent of dog owners would consider moving to a new home to better accommodate their dog, according to a new survey conducted by real estate site Zillow and pet sitter and dog walker database Rover. With those people in mind, the two sites teamed up to find out the most dog-friendly cities in the U.S.

The top 15 emerging dog-friendly cities of 2021 were determined by evaluating trends in new dog accounts on Rover combined with Zillow data on the share and year-over-year growth of rentals listed as pet-friendly. In addition, the change in frequency of pet-friendly features mentioned in for-sale listings for all homes sold in 2020 was also considered. Read on to see which major metropolitan destination claimed the top spot on the list of most dog-friendly cities in the U.S.

RELATED: This Is the Most Aggressive Dog Breed, New Study Says.

Saint Petersburg, Florida began establishing itself as one of the country’s most dog-friendly cities in 2019, when it launched PAWS, a program for businesses to become pet-friendly certified. These businesses then “receive recognition on a pet-friendly map, a window decal, shareable social media content, and resources for hosting pets,” the city’s Channel 9 News affiliate reported.

RELATED: This Is Why the First Dogs Were Really Sent Back to Delaware.

According to Forbes, one reason Nashville is attractive to dog owners is the ease of finding living accommodations that allow pets. In fact, “about 86 percent of apartments allow pets and 26 percent have a pet play area,” Forbes reported in April 2021.

Miami is a mainstay on lists of the most dog-friendly cities. Among the many reasons that is the case, according to EllimanInsider, is the city’s countless dog-friendly shops, beaches, hotels, and dog parks.

When it comes to pet budget, pet health and wellness, and outdoor pet-friendliness, Fort Worth ranked No. 25 out of 100 cities on WalletHub’s most pet-friendly places in the U.S. It also was the highest ranking Texas city on the list—beating out Plano, Arlington, Garland, Dallas, and Irving.

Consult any travel site for information on dog-friendly activities in Fayetteville and you’ll find no shortage of things to do with your pooch in by your side—from breweries to beaches to hotels.

According to the local NBC affiliate, Tampa is a dog’s paradise due to its “15 dog parks, 52 pet-friendly breweries, and six dog-friendly beaches nearby with a few allowing dogs to frolic in the water and roam off-leash.”

New Orleans must be doing something right when it comes to accommodating people with pets, as it it’s overall score earned it the No. 8 spot on WalletHub’s ranking of the 100 most pet-friendly cities in the U.S.

With no shortage of outdoor activities, hiking trails, and public parks, Glendale is a great place for pets—that is if they can handle the heat.

According to Maid Sailors, Boston has become more and more dog-friendly in recent years due to a growing number of dog-friendly parks, off-leash areas, and an increasing number of landlords willing to allow tenants to have pets.

According to the WalletHub study, Atlanta ranked No. 6 in the “pet health and wellness” category, meaning it has a high number of veterinarians per capita, pet business per capita, and an extremely pet-friendly rental market.

Not only does Birmingham have the fourth most veterinarians per capita, nationally renowned pet-care facilities, but Alabama is also in the process of approving a bill that would allow dogs in all outdoor dining environments.

And for more useful information about U.S. cities sent straight to your inbox, sign up for our daily newsletter.

According to the website Charlotte, a resource for all things to do and see in the North Carolina metropolis, the city’s dog-friendly reputation is based on scenic off-leash trails, pet-friendly cafes, outdoor watering holes, and even a dog-friendly art gallery.

One thing that helped Anaheim stand out on Rover and Zillow’s 2021 ranking of the most pet-friendly cities was that it had “among the highest share of for-sale listings that feature a dog run.”

Over 110 dog-friendly hotels—most of which allow your dog to stay for free, at least 20 dog parks—all with equipment to entertain and exercise with your dog, and over 34 restaurants that are dog-friendly. What more could you ask for?

Denver is one of the best cities for outdoor activities, including those you can do with your dog. In addition to that, the large number of new Rover accounts created by people in the mile-city played a key role in earning it the No. 1 spot on the list.

RELATED: If Your Dog Is Doing This, It Could Be a Sign of COVID, New Study Says.