Tourists Are Returning to L.A. — and They’re Spending Wildly – The Hollywood Reporter 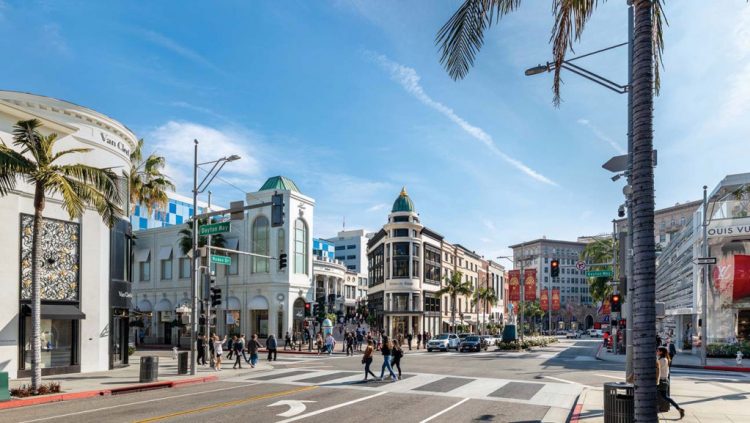 The pandemic was “devastating” to L.A.’s hotel industry, Doane Liu, executive director of the city’s Department of Convention and Tourism Development, says. Before COVID, he notes, “our hotels [were] averaging over 80 percent occupancy.” That plunged “to a low at one point where we were under 20 percent.”

But after a dire year and change, things are rebounding, with some businesses having an especially busy May. Hotel occupancy is now up to around 60 percent, while interviews with specialists in L.A.’s luxury sector suggest that pent-up demand will also be a boon for very high-end shopping, dining and spas, partly due to the return of domestic and international visitors.

Add to that the fact that Americans had stockpiled more than $1.5 trillion in excess savings since the COVID-19 pandemic began, as Goldman Sachs strategists estimated in February.

“All over the world, there’s a consensus that we are living that YOLO [you only live once] lifestyle, like, ‘Let’s do this just in case tomorrow doesn’t come,’ ” says Nicole Pollard Bayme, CEO of international styling firm LaLaLuxe. “I just had a domestic client from the Midwest treat two members of his staff to a shopping spree at Neiman Marcus Beverly Hills, where they [got] to spend $30,000 in 45 minutes before they hopped back on their jet.”

While COVID-19 precautions have put a stall on bookings from India, Brazil, Australia and New Zealand, Pollard Bayme has seen a recent influx of her regular clients from Mexico, Saudi Arabia, Qatar and the UAE, renting homes in Laguna Beach and reserving rooms at Hotel Bel-Air and The Waldorf Astoria. At The Beverly Hills Hotel, says a hotel spokesperson, “May 2021 reflected an unprecedented comeback in demand with occupancies exceeding 2019 by 30 percent, making this our second busiest May in hotel history.”

Adds L.A. Tourism & Convention Board CEO Adam Burke, “Seventy-five percent of American travelers have active travel plans in the next 90 days, and 15.4 percent of Americans taking a leisure trip this year plan to stay in a luxury hotel.”

He points to the confidence of hotel developers as another indicator of an economy about to boom; 17 new hotels are slated to open in L.A. this year, including the Downtown L.A. Proper and The Godfrey Hotel Hollywood in July, The Shay in Culver City in August, and Fairmont Century Plaza in September.

As borders reopen, expect visitor numbers to buoy. Burke notes that flight data from air travel intelligence company OAG — comparing May 2019 to May 2021 — shows that Qatar and Singapore routes into LAX have added 344 and 161 seats per week, respectively, while Mexico is up to 44,500 seats now, versus 47,500 in 2019. Incoming traffic from Denmark, Hong Kong, Canada and the U.K. have also shown significant gains.

“We’ve got 20 or 25 businesses that have either reopened or are going to open in the next couple months,” says Beverly Hills Chamber of Commerce president-CEO Todd Johnson. At the Beverly Hills location of Neiman Marcus, says a store spokesperson, “our traffic in early May was comparable to that in 2019” — and that was without a heavy contingent of international visitors.

On the spa front, Debbie Caracciolo, owner of health and beauty concierge company Spa Connections, says that gross sales and bookings were at least 20 percent higher in May compared to 2019, with one popular treatment being a $1,000 cannabis flower oil massage. Caracciolo also notes that one client, a Saudi princess, recently took over 20 rooms with her family at a hotel on Sunset Boulevard, while a few months ago a terrier visiting with its family from India received a $700, 45-minute massage at The Beverly Hilton.

When it comes to the automotive sector, Sammy Sahakyan, co-founder and CEO of luxury auto shop Platinum Group’s transportation division, says most of the company’s Asian clients are not yet visiting L.A., nor are Italian and French clients. “But in the last two to three months, it feels like suddenly a light switch went on and reservations are surging from domestic travelers; and I would say 20 to 25 percent of our Gulf business is back. I expect it to reach 50 percent this summer.” A trend he has noticed is the hiring of multiple Mercedes Sprinters ($250 per hour) to transport groups of 40 or 50 friends to rental properties in Joshua Tree to “re-create the nightclub” as an over-the-top house party. Alex Schanz, a manager at O’Gara Beverly Hills, also notes that uplifting auto colors (such as bright blue Rolls-Royces and yellow Lamborghinis) are also trending.

Pollard Bayme is seeing the same desire for cheery color on the fashion front, from Gucci dresses and Libertine jackets to Amina Muaddi heels and Bottega Veneta’s leather accessories, all in saturated hues. “It’s like The Wizard of Oz, where everything was in black and white and now it’s in Technicolor!” says Pollard Bayme, noting that “couture shopping is back, hard. People are wanting to buy the best of the best, have a little bit of fun, and also be part of the creative process.” Adds personal stylist-shopper Kim Apodaca, “I was at Oscar de la Renta, where dresses go from $1,700 to $5,000, and you can’t get sizes because they are sold out.”

This story first appeared in the June 23 issue of The Hollywood Reporter magazine. Click here to subscribe.