Training a dog to ‘leave it’ can help with unwanted barking 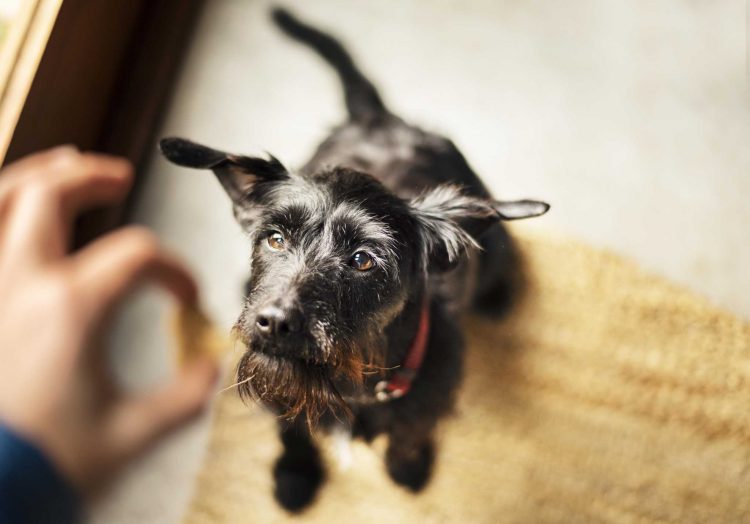 Recently, I wrote about how to teach a dog “quiet” so that it will stop reacting to noises like doorbells (click here to read that column). The command can be interchanged with “leave it” if your dog knows what that means. With “leave it,” you can train dogs to not touch food dropped on the floor or a child’s toy, or to even to stop barking at something.

To teach the command, ask your dog to sit. Then drop a treat on the floor. When they look at the treat, tell them to “leave it.”

Once you get the dog to look at you and not the treat on the floor, pick it up and repeat the exercise several times.

If you can train your dogs to “leave” a treat, you are on your way to teaching them to “leave” other things alone in the home.

On ExpressNews.com: Universal City dog left out in rain spurs debate about neglect

Four years ago, a mother cat and five kittens showed up on our back porch. I live in the country, so I have no idea where they came from. I put out food and water.

One was not doing well. I caught him and took him to the vet who said he was very sick and would not recover, so we put him to sleep.

The mom and two kittens eventually left, but a female and male kitten got left behind. I continued to care for them, and they thrived. Two months later, I trapped them and took them to the vet for shots and to be fixed. We named them Fluffy and Goldar.

Four months later, we found Fluffy under a bush near a concrete walk. She could not move. The vet said she had a broken spine. We had to put Fluffy to sleep. For several weeks, Goldar sniffed the spot where Fluffy was found. It broke our hearts to see him mourn for his sister.

Today, Goldar is a huge, beautiful cat. He is still feral. He sleeps in his cat sack in the garage during bad weather and in his igloo outside when it is warm. Goldar will have a nice, safe home for his lifetime.

It’s nice to get a letter from someone who isn’t asking me how to get rid of abandoned cats but instead is showing me how easy it is to be a hero to them.

I assume part of the reason you wrote to me is to share Goldar’s reaction to Fluffy’s death. Animals notice when their friends are gone, and some mourn this loss very deeply. Goldar is fortunate to have found such a kind soul to care for him.

Send your pet questions, and stories to [email protected] You can read the Animals Matter blog at http://blog.mysanantonio.com/animals and follow her at @cathymrosenthal.