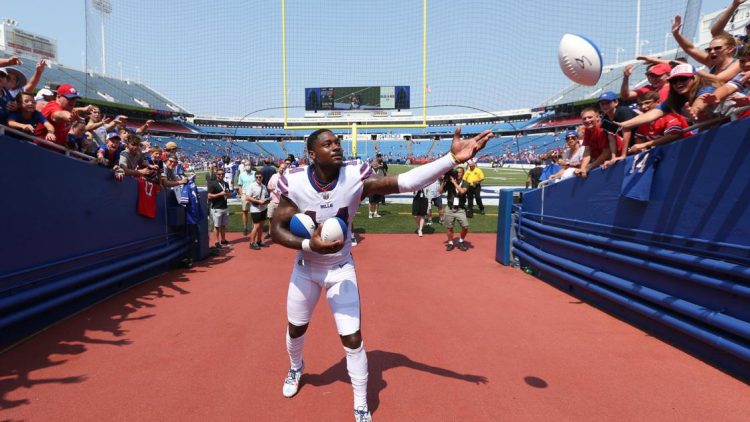 Because fans were in the stands, the media was allowed to report which players were working with the first units.

There was a lot of talk in the offseason about an intense battle for starter at cornerback opposite White. However, Levi Wallace took all the snaps with the first-team defense, while Dane Jackson worked with the second team. Wallace has started all 35 games he has played for the Bills the past three seasons.

With both starting offensive tackles out, rookies got a lot of prime practice snaps. The starting offensive line to open the practice was left tackle Spencer Brown, left guard Feliciano, center Mitch Morse, right guard Cody Ford and right tackle Bobby Hart. Brown is the Bills’ 6-8 third round pick. Tommy Doyle, the 6-8 fifth-round pick, took the place of Hart with the starters for much of the practice. Guard Ike Boettger got some snaps with the starters. The second-team offensive line at times included, from left to right, Jordan Devey, Boettger, Ryan Bates, Jamil Douglas and Hart. There was considerable shuffling along the line, as there always is in training camp, since the coaches need to get linemen comfortable at multiple positions.

With two starters on the defensive line out (Hughes and Lotulelei), there was considerable shuffling on that unit, as well. The opening first-team included Greg Rousseau, Ed Oliver, Butler and A.J. Epenesa. But Efe Obada, Mario Addison, Harrison Phillips and Justin Zimmer all saw some snaps with the first unit.