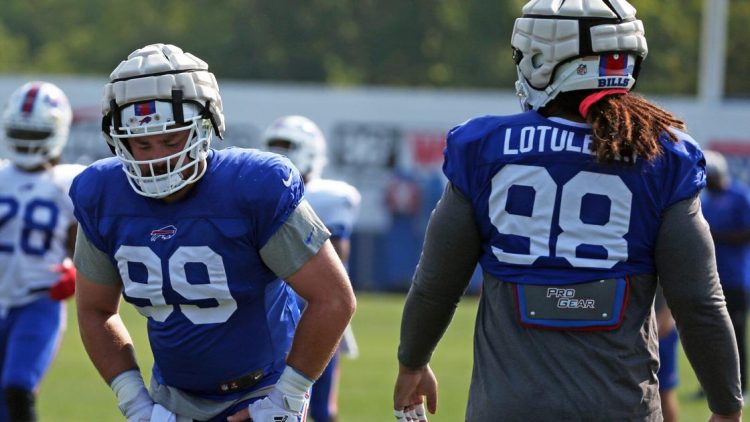 Even practicing at 10 a.m., the steamy conditions certainly felt like the warmest of camp thus far as the temperature neared 90 degrees.

“We’re blessed to play in Buffalo, so the weather’s not terribly a factor in that sense. It warmed up a little bit today,” Phillips said. “We’re professionals, so I think guys hydrated, got all the things that they needed. We’ve got to be prepared to play. I think we play in Florida pretty early this year. So this is good, we want to have more days like this where it’s two hours, sweating in the heat. Not only just the toughness part of ‘hey, we all felt like we had a good training camp practice today,’ but also to prepare us to win some of those games in the heat this year.”

With Diggs out, veteran receiver Emmanuel Sanders took advantage, making several nice catches from quarterback Josh Allen during full-team work. Sanders has had somewhat of a quiet camp, missing some time because of a foot injury, but looked good Monday. So, too, did fellow receiver Jake Kumerow, who put together another nice practice – a phrase that’s been written and said plenty since camp started. … Wide receiver Isaiah Hodgins made a big play during 1-on-1 work, beating rookie cornerback Nick McCloud clean at the line of scrimmage to get wide open for a perfect deep ball from Allen. … Cornerback Cam Lewis made a nice interception in his 1-on-1 drill, working against receiver Isaiah McKenzie.