Training dogs all in a life’s work for Cary woman :: WRAL.com 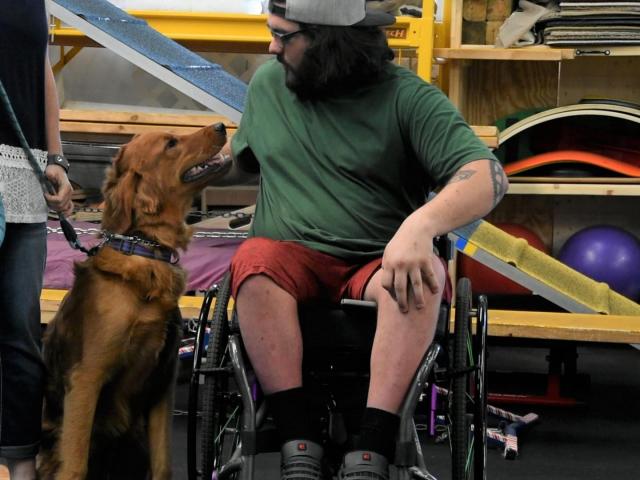 But in reality, very few are.

The Norman Rockwell portrayal of American families will usually contain a golden retriever sitting in front of the fireplace. Their place in the culture has always been apparent, but appreciation for dogs may never have been as magnified as it is now.

With COVID-19 taking a toll on mental and physical health, dog ownership has been granted a new regard with many people having been locked down for months. For some, COVID has reignited bouts with addiction or depression.

The dogs are valuable aids for children learning to sound out words as a friend who won’t judge them. But they’ll also hang out with those struggling with other battles just to offer a paw.

Like in life, just being there for someone is a big deal. 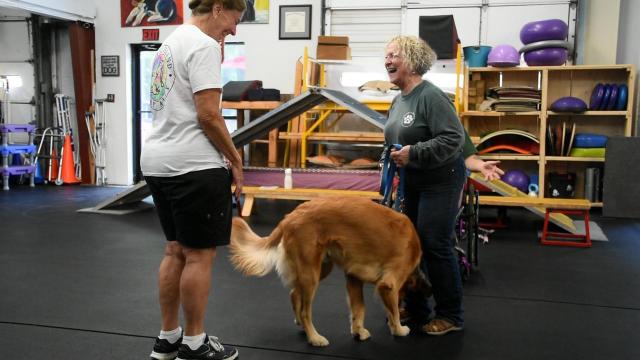 Jackie Kelly has trained therapy dogs for about 20 years and runs Jackie’s Basics and Beyond Dog training in Cary.

On this day, about eight dogs of different breeds and sizes are in a garage-type setting with their owners to learn the tricks of the trade when it comes to comforting, helping and being obedient. The dogs and their owners are called ‘teams’ and have to complete a series of tasks to prove they have what it takes.

“At a hospital for drug addiction and they had other things that they were dealing with, with COVID, they didn’t get to have the people come in that they would normally visit them so the dog just comforted them and the fact that they had something that they felt didn’t judge them and that they could hug and just love on twice a week,” Jackie said.

“With COVID, what we’ve seen is people want the dogs to comfort them, it was a good time to have a dog. But it showed a lot of people that their dog needed training.” 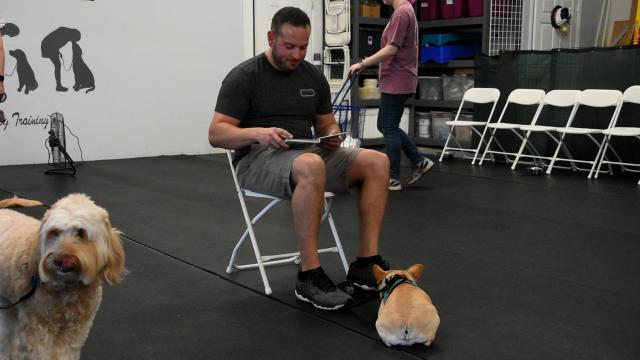 There are many training exercises the teams do to earn the discipline of a therapy dog.

When evaluating a potential therapy dog, Jackie said trainers look for traits such as friendliness and tolerance for being touched.

“Within all breeds, there are certain traits that the dog is, what’s innate in them,” she said. “Within that is different personalities.”

Jackie said her parents and family weren’t dog people, but she wanted one, so her folks obliged. A teacher at heart, Jackie was proactive in getting them to do simple commands. It was innate in her.

“For some reason, I always felt they needed to be trained to do things,” Jackie said. “From there, it just goes on to having dogs at home since grade school.”

The dogs go on to help in situations where military members are struggling with PTSD or children are figuring out how to read. 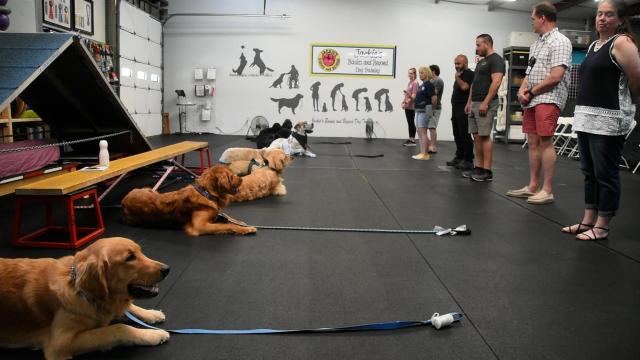 “It’s got kids to talk and get stimulated to learning,” Jackie said. “By reading with the dog, they don’t have to worry about the dog judging, they usually just want to lay down by them and just be read to. By being able to read to the dog, they become more fluent and confident.”

One 120-pound great dane, appropriately named Whopper, works with special needs children. Whopper runs up and down a bridge climb and the floor almost shakes. Whopper, somehow elegant at times, also can fit all four legs on a balance beam.

Chloe is a 1-year-old French bulldog who may weigh 115 pounds less than Whopper. She’s training to become a therapy dog and nails most of her tasks.

Maggie, a golden retriever, has finished her training and comes to the class to hone her skills. Maggie helps out at Thales Academy along with a rehabilitation facility in Durham.

The biggest reward in her profession?

“Seeing the teams come together and go out to make other people happy,” Jackie said. “It is just thrilling to see when a dog goes in and how it comforts people and children.”

Their presence is indeed a present.

Indiana gets $40M from CDC to address COVID-related health disparities