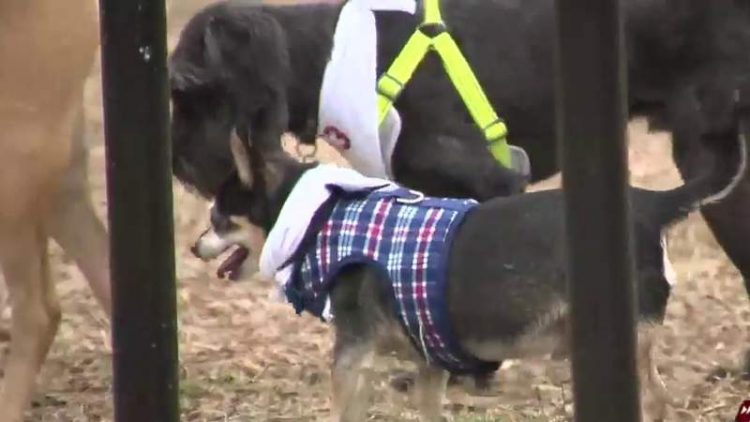 SAN ANTONIO – Two new dog parks have opened on the South Side, and Councilwoman Rebecca Viagran said she hopes they will promote community health.

“I think one thing that the pandemic has taught us is we do have to re-focus and re-invest in our own public health,” Councilwoman Viagran said.

One of Viagran’s most important initiatives for District Three has been the health of South Side residents.

“When people are healthy physically, the whole economy and whole city is also healthy,” she said.

When Viagran took office in 2013, she knew she needed to help the South Side lower the obesity and diabetes rates.

One study showed that South Side residents were hospitalized at a much higher rate for diabetes than other parts of San Antonio, which is why many of Viagran’s capital project investments have been centered around improving outdoor spaces in the district.

The goal of the project investments is to provide safe spaces for residents and encourage them to get active in their neighborhoods.

“It’s about investing in our creek ways, hike and bike trails in the city,” Viagran said. “We’ve invested more dollars in that and over 15 more miles. Additional miles since I’ve been in office to our hike and bike trails, so it’s been pretty incredible.”

The two new dog parks opened in Kingsborough Park, near Kingsborough Middle School and Pleasanton Road. There are now three dog parks in the district.

Viagran says when she started on city council in 2013, her district didn’t have any dog parks until she helped open the first dog park in the district that year in South Lions Park.

She also pushed for Viva San Antonio healthy corner stores — a project that helps provide affordable produce in eight South Side convenient stores — in neighborhoods that don’t have grocery stores nearby.

The need for safer and healthier options were things her residents said they wanted. She said she hopes that trend of investing in the community’s health can continue when she leaves office in June.

“They see things coming forward. They are staying engaged and I think that’s what I’m most proud of that they see the power in their voice.”