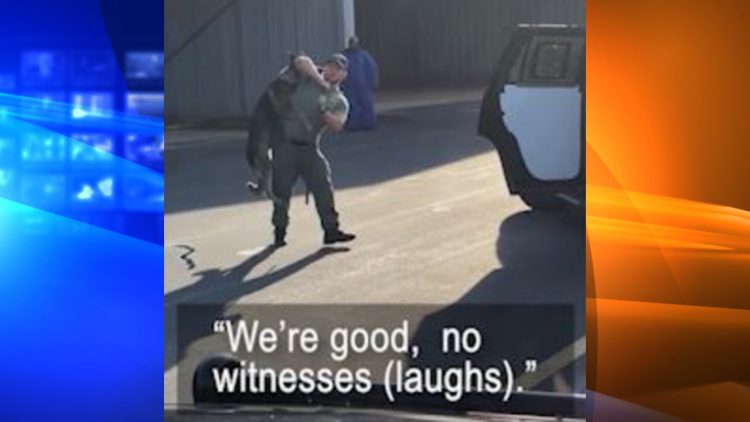 An investigation of K-9 training is underway after video showed a North Carolina officer lifting a dog by a leash and slamming the animal into the side of a police vehicle, officials said.

Salisbury Police Chief Jerry Stokes told news outlets he couldn’t comment in detail on what happened. Stokes said the dog, Zuul, wasn’t hurt or stunned and has since been separated from the officer. Zuul was on hand with Stokes for a Tuesday news conference about the investigation.

The video was sent to WMYT-TV. It’s unclear when the training took place.

The video first shows the dog exiting a police SUV before the handler yells “stay.” The officer puts a leash on the dog, lifts it up and begins swinging the animal around his back as he walks towards the SUV, the video shows.

In the background, someone is heard saying, “we’re good, no witnesses.”

The video ends with someone asking if a camera is on and another person replying, “no, my power is off.”

Stokes said the officer’s actions may have been part of training tactics but didn’t comment on whether those tactics were appropriate. He added that K-9s are trained to be used against criminal suspects and “when a canine is non-compliant with the handler’s commands, the handler is trained to correct the dog.”

An outside agency will be investigating and the department is reviewing its K-9 policy and guidelines.