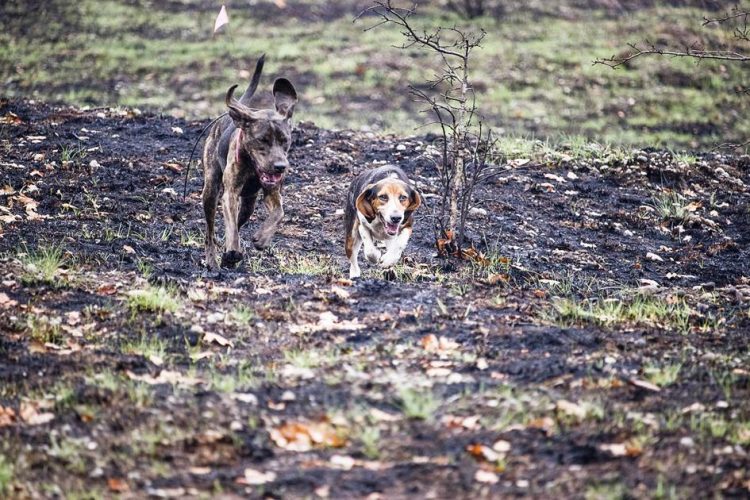 The program will allow agency-approved hound handlers to nonlethally pursue cougars, bears or bobcats to train their dogs. The commission voted 4-3 in favor of the rule.

The training is necessary, according to WDFW and hound handlers, to keep the dogs trained and effective. Under state law WDFW is allowed to use dogs to hunt or pursue black bear, cougar, or bobcat if there is “a public safety need; to protect livestock, domestic animals, and private property; for scientific purposes; or to protect endangered species.”

However, due to a 1996 citizen initiative that banned hound hunting in Washington, hound handlers have had to train their dogs out of state. WDFW enforcement currently works with about 20 hound handlers throughout the state.

“It’s an important program and I’m pleased we have it instated,” said commissioner Kim Thorburn from Spokane. “We recognize the need for the hounds and the use of them for public safety in northeast Washington.”

Under the program hound handlers will coordinate with regional WDFW enforcement staff to get approval to train on specific days in specific areas. They will be required to fill out a log sheet including, among other things, GPS markers, roads traveled, whether they saw a cougar and if any weapon was discharged. WDFW staff hope to have the training program up and running within six months, although it may take longer.

Some environmental groups decried the decision.

“I’m very concerned about the potential for abuse of hound hunting under this newly created program,” said Sophia Ressler, a Seattle-based staff attorney at the Center for Biological Diversity in a news release. “Without additional safeguards and staff for enforcement, this new program doesn’t appear up to the task of protecting wildlife or the will of the voters who passed the initiative banning hound hunting.”

WDFW staff did change a few components of the training program in response to public input, said Becky Bennett, the spokeswoman for WDFW’s enforcement division and the project manager for the new training program.

“We have worked with external stakeholder from day one on this,” she said. “This isn’t something that we’re creating this is something we’re (creating) alongside other organizations.”

In particular, WDFW changed its proposal to prohibit hound handlers from tracking cougars with spotted kittens.

Ressler doesn’t believe that restriction will do much, pointing out that hound tracking is scent based and that it’s “unlikely that you know what exactly you’re tracking until it’s potentially too late to observe that cat has kittens.”

“There is a lots of conflict between hounds and wolves during these training programs,” she said referencing research from Wisconsin looking at similar training programs. “Even though they are not in pursuit of the wolves.”

During the commision meeting Friday, Ressler argued that the state should have undergone a State Environmental Analysis before moving forward. The Center for Biological Diversity will consider filing a lawsuit challenging the legality of the rule under SEPA, she said.

Hound handlers applauded the decisions. WDFW received 240 public comments, with 179 in support of the training program. During a Dec. 4 commission meeting 23 people testified with 9 in support and 12 opposed.

“I’m so glad to see that go through finally. That’s been a long time coming,” said Bart George, a biologist for the Kalispel Tribe and a hound handler. “It’s just hard to train a dog without on the ground exercises.”

Having trained and competent hound handlers is, in some cases, a matter of public safety George said.

For instance in 2019, a cougar attacked and injured a boy in Leavenworth, Wash. However, there were no state-approved houndsman close enough to respond to the incident, said Bennett.

“This is a tool to make sure we do have those individuals available,” she said.

White House dogs: Answers to all your questions

Does Having a Dog Make for Well-Adjusted Kids? | Health News

Does Having a Dog Make for Well-Adjusted Kids? | Health News