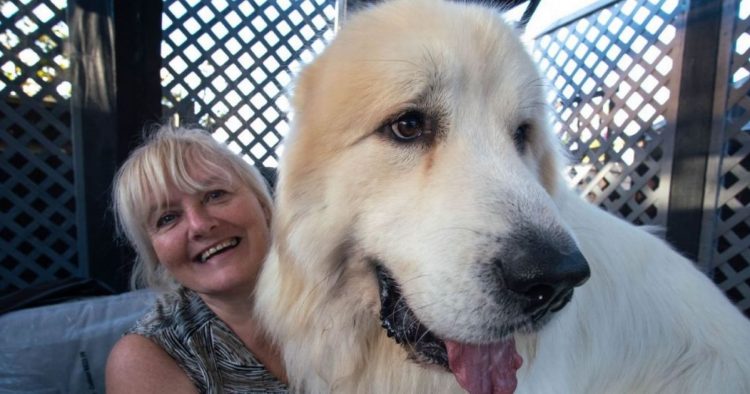 The Channel 4 documentary Big Dog Britain showcases a number of big breeds and claims that their numbers are declining as people opt to own smaller ones instead.

While sales of French Bulldogs in the UK have increased 300 per cent, Great Dane registrations are at their lowest for 50 years.

The programme acknowledged that big breeds are expensive to keep – one owner says their gentle giant costs £200 a week in food. They take up lots of space, especially if, like one family in the documentary, you have TEN Irish Wolfhounds. And they’re a huge commitment.

One owner, who’s Brazilian but lives in London, is asked what it’s like when her Great Dane sits on her lap. “A bit of pain,” she admits.

Another downside is that big breeds can have complex health issues and don’t tend to live as long as smaller dogs. Wolfhounds, for example, only tend to live for about seven years as they’re prone to heart disease.

But the documentary also highlighted the advantages of having a big dog over a small one. It’s generally accepted they aren’t as noisy. They can scare off burglars. And if you were drowning in a river, you wouldn’t be comforted if the dog that jumped in to save you was a Chihuahua.

The owners in the film give a number of reasons why they love their supersized pets, including they’re “funny”, “quirky”, “you know they’re there”, “they’ve got a presence”, “their size”, “their looks” and “when you walk down the road everybody stops”.

Sadly, abandonment is a huge issue for dogs, even in the UK, and perhaps it’s more acute for the bigger breeds. “People start with a lovely, tiny puppy, but they aren’t prepared for how big they become,” we’re told.

With luck, anyone weighing up the idea of getting a big breed will watch this programme and have a better insight into what they’re letting themselves in for.

Next episode is on July 1, or you can catch up on Big Dog Britain on All 4.