What’s the health of Zuul, the Salisbury police K-9? 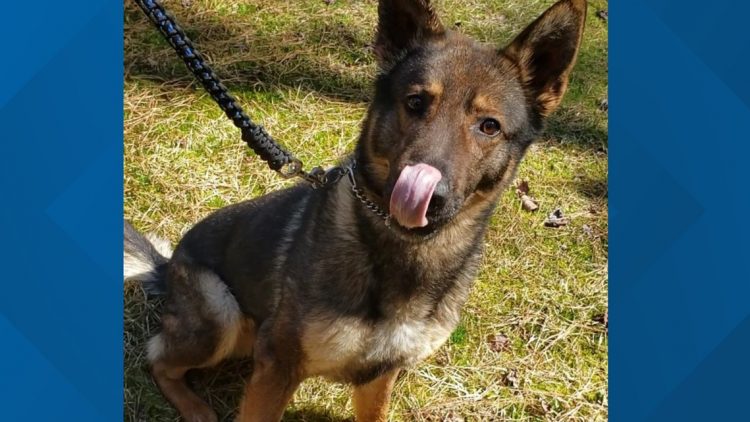 The police canine animal seen in an online video being handled by an officer continues to take time off, police said Friday.

CHARLOTTE, N.C. — Zuul, the Salisbury, North Carolina police canine seen in an online video being handled by an officer, remains “happy and healthy,” according to an update the police department posted Friday.

“We appreciate your concern for K-9 Officer Zuul,” the department says in an online message. “He was removed from the handler’s care when we were made aware of this incident. Zuul was taken to a veterinarian on Thursday, March 4th for a checkup and received a clean bill of health. He is in good hands, happy and healthy, and taking some time off.”

A Salisbury Police Department officer, whose name has not been publicly released, is being investigated after a video surfaced showing them handling the dog.

The officer and four-year-old dog are currently separated, the department confirmed earlier in the week after the video first surfaced.

An outside agency has been charged with leading the inquiry, according to  Salisbury Police Chief Jerry Stokes.

We appreciate your concern for K-9 Officer Zuul. He was removed from the handler’s care when we were made aware of this incident. Zuul is in good hands, happy and healthy, and taking some time off.  Read more: https://t.co/T6Hd8LgEZ4. pic.twitter.com/TfaveXkyxn

The chief was adamant a stun gun was never used on the K9 by anyone.

“Any allegations that this occurred is false,” Stokes said.

Stokes said an officer must have full control over their K9 and if a K9 is not in compliance with the handler’s commands, the handler is trained to correct the dog.

“K9 training tactics and corrective measures can sometimes be alarming when provided out of context,” Stokes said.

Though Salisbury Police said they cannot confirm if the training tactics in the video were appropriate, they have posted documents online explaining their department’s training and tactics.

The department said they employ five K-9s and five handers.

5 things you should know about this breed before adopting