Who Is Head Of Your House? 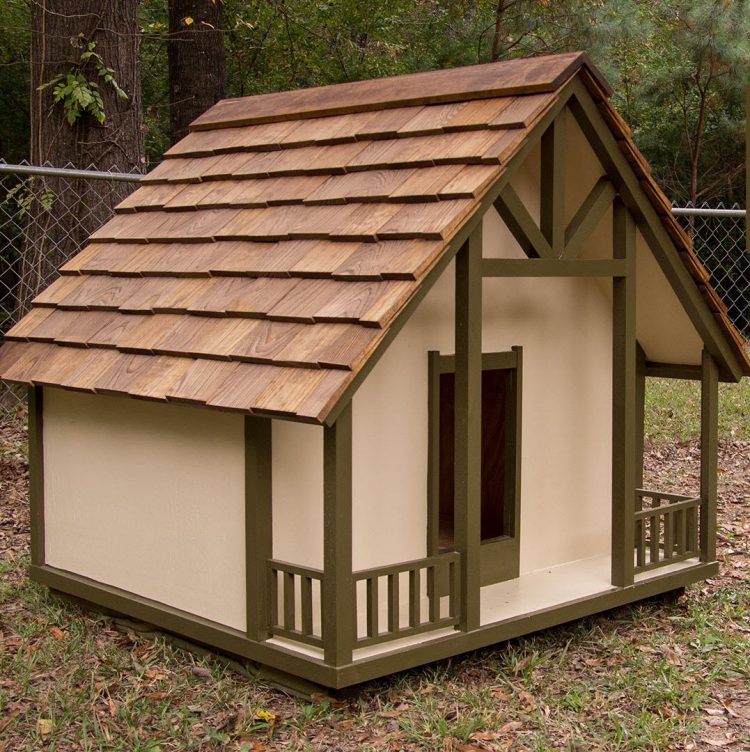 Dog dominance is a real problem, even if it doesn’t immediately manifest in aggressive behavior, and this happens time and time again around the world. Usually, by owners who are trying to do their best for their pet, and really love him. 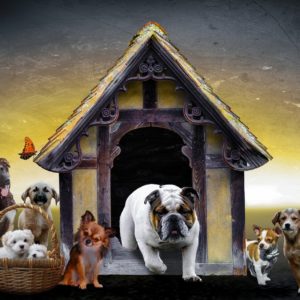 That may seem like a strange question, but in many households, the dog believes that he is the master of the home. What’s more – the humans actually let him get away with it!

There are various problems with allowing a dog to be the head. One of the saddest is that many of the people that allow the dog to take over because they feel that they are being kind to the dog – allowing it the freedom of the home to do whatever he wants. They feel they are being a good owner, and looking after their pet. But, you are actually causing your dog a lot of mental distress and anxiety. You haven’t given him ‘freedom’, what you have given him is ‘responsibility’ – beyond what he is able to deal with.

You see the head of the ‘pack’ is the one who has overall responsibility for the whole family and their survival. The leader has to:

So, you see how a family dog cannot do all that in a human home. But he or she will try to do it if there isn’t an obvious leader ‘in their eyes’. A dog will always expect to find a leader in any group living together. It doesn’t matter if it is a family of dogs, humans or mixture, the dog knows that there should be a pack leader or head of the family.

There is no democracy or family meetings in the dog’s mind. All the members of the group have their job – just like we do in the workplace. And, everyone will follow the directions of the pack leader. Each member of the group needs the others to do their job properly, otherwise, the group fails as a whole. Rudyard Kipling once wrote: “And the strength of the pack is the wolf, And the strength of the wolf is the pack” There always has to be a pack leader in your dog’s mind.

Are You the Top Dog, Or is it Your Dog? 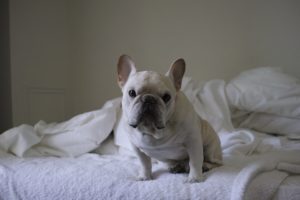 The problem is, that if a dog doesn’t see who the leader is, then ‘he’ will take responsibility for the position. And this is how your dog becomes the head of the household.

The role of leader is very demanding, it’s not just a title of a bossy ‘person’, but a real job with demands and responsibilities. Your dog knows this, but the job is far too much for a dog to do in a human world.

It would be like putting me as chief surgeon in a brain surgery department – I have absolutely no way of doing it and it would be extremely stressful the entire time. I would be trying to do the job to the best of my abilities, but, my abilities in this area stop at – “Do you have a headache? – Take some painkillers.” I know about dogs – not brain surgery, I have no idea how to do that job. And neither does your dog have any idea how to be the head of your household. 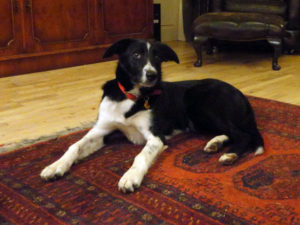 Easy, you actively, and obviously take on the responsibly of pack leader/head of the house yourself.

As long as your dog sees that he is not the boss and that there is obviously at least one person above him then that is good. Though, It is actually much better than all the humans in the family can be seen as being above the dog in ranking. It is often easier to start with one person – the one who takes enough interest to read about dog care and training is a great start.

There are lots of examples of what you can do to become, develop and maintain the status of the ‘pack leader’. 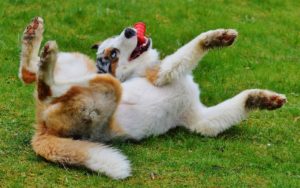 Playing with his dog in the house, a pack leader is the one who starts any playtime and controls the ‘joint’ toys. By that I mean any toy that takes 2, to play i.e. a throwing toy. Should one of your dogs decide to try and force you to start playing, then do not play, avoid all eye contact, and deliberately and very obviously, immediately put space between yourself and the dog. If the dog were to jump up, again avoid eye contact, immediately remove the dog, and again put space between the two of you.

This may seem a little unfair if you have never done anything like this before. But remember you have a perfect right as the boss not to be disturbed when you don’t want to be, or forced to do anything by a subordinate (your dog is supposed to be subordinate – remember what this article is about). If you were the owner of a big company, would you be happy for a low down employee to try to force you to run the company, the way he thinks suits ‘him’ best? So, don’t let your dog do it, you know best – not him.

If the dog insists in perusing you and pressurizing you, he has very little respect for you, and that just isn’t right. You take good care of him, it’s time he learned a little respect for you. If this is the first time you have done this sort of thing, your dog may keep at this for some time. But, you react the same way every time:

It isn’t an emotional issue as far as your dog is concerned, but a power issue. Just keep a steady commanding attitude. Don’t shout, lose your temper, get upset or even feel sorry for your dog.

If your dog keeps a toy in his mouth when doing this, you can maybe remove the toy from the dog and put it away out of reach as well. (Be careful not to get hurt yourself). Use some discretion with your dogs. This can take time with some dogs, and others learn quickly. But you should be calm, balanced and a little bit aloof (with an attitude of superiority) when you do this. I don’t mean you to be like a dominant tyrant, but be sure to be seen as the boss with quiet confidence.

Remember, it is not that you should never play with your dog, just that it should be ‘you’ that starts the playtime. And that you start it when you want, and not when your dog is trying to get you to play. Once your dog ‘learns’ this. It is possible that he will still ‘chance his luck’ every now and again. Don’t fall for it, just go through the same procedure each time.

If you have 2 or more dogs and they play among themselves, this is fine. You don’t need to start that playtime, just any playtime that involves you.

There are lots of other things you can and should do to become the pack leader. This is just one area of becoming the dog’s acknowledged leader. Becoming the head of the house is actually a very important part of having a dog live with you in peace. Get that right, and so many other issues will be simple to deal with, as a dog will obey its leader. It’s in his nature to do that.

Remember, you are not being demeaning or cruel to your dog doing this. You are actually being kind as you take on the responsibility yourself, and save your dog the stress – It really is best for your dog. 8 Things To Think About Walking Your Dog

8 Things To Think About Walking Your Dog