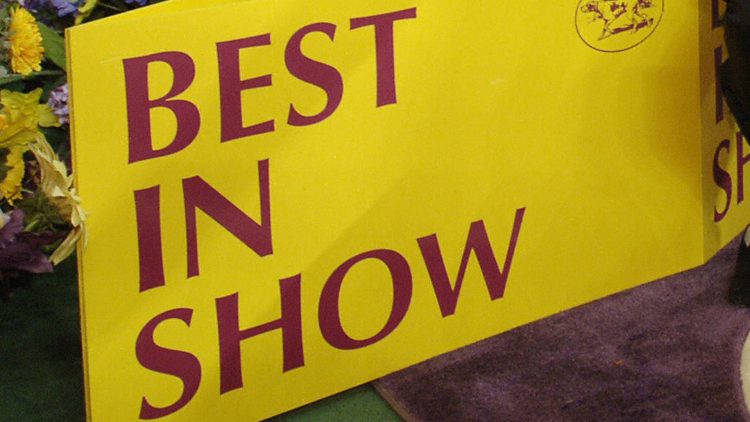 Wasabi will be adding another trophy to his loaded case.

The Pekingese was named Best in Show at the Westminster Kennel Club Dog Show on Sunday, beating out reserve winner Bourbon, the whippet. Wasabi has already proved that he’s one of the best show dogs, having been named the American Kennel Club national champion in 2019. Bourbon was the AKC champion in 2020.

What kind of treats will Wasabi be getting for winning Best in Show?

“He can have a filet mignon,” handler and breeder David Fitzpatrick said after Wasabi won Best in Show, “and I’ll have champagne.”

The Westminster Dog Show looked different in 2021 compared to past years. It was the first time since 1920 that it was not held at Madison Square Garden; instead, it was held at the Lyndhurst Estate in Tarrytown, N.Y., about 25 miles north of midtown Manhattan.

Sporting News tracked live updates of the Westminster Dog Show throughout the weekend, including Best in Show and winners by group and breed.

MORE: How much money do the Westminster Doh Show winners get?