Why Can’t Dogs Recognize Themselves In The Mirror? 10 Animals That Can

Dogs Barking At their Own Reflection?

We often see the most adorable videos of dogs barking at their own reflections. Without having to ask, we understand that dogs think that they’re barking at another dog. Mirrors leave dogs confused because unlike humans, they are not capable of thinking of themselves as unique individuals. It seems natural for us humans to stand in front of a mirror, look at the image in front of us, and instantly recognize that the reflection is ours. However, this ability is not something that we’re born with; it requires self-awareness, an inward direction of seeing the world, and an ability that dogs don’t have. With us humans, it’s always about us and the world; what the world can do for us and what we can do for the world.

Dogs on the other hand have an outward direction of seeing things. They are not self-aware. To them, it’s just about the birds that fly above their yard, their peeing spots, their food bowl, and of course, their human parents. Although they do not have the ability to recognize themselves apart from others, dogs have a good sense of what’s theirs. They are possessive and territorial unlike us humans who are more concerned of how well we fare compared to others. There are also some humans too who don’t recognize their reflections as images of themselves: babies. Babies may seem amazed of their reflections, but they actually don’t think of these images as their own, but of other babies they can play with. Babies only realize that the images in the mirror are representation of themselves after a year, when they begin associating their movements with the image they see. 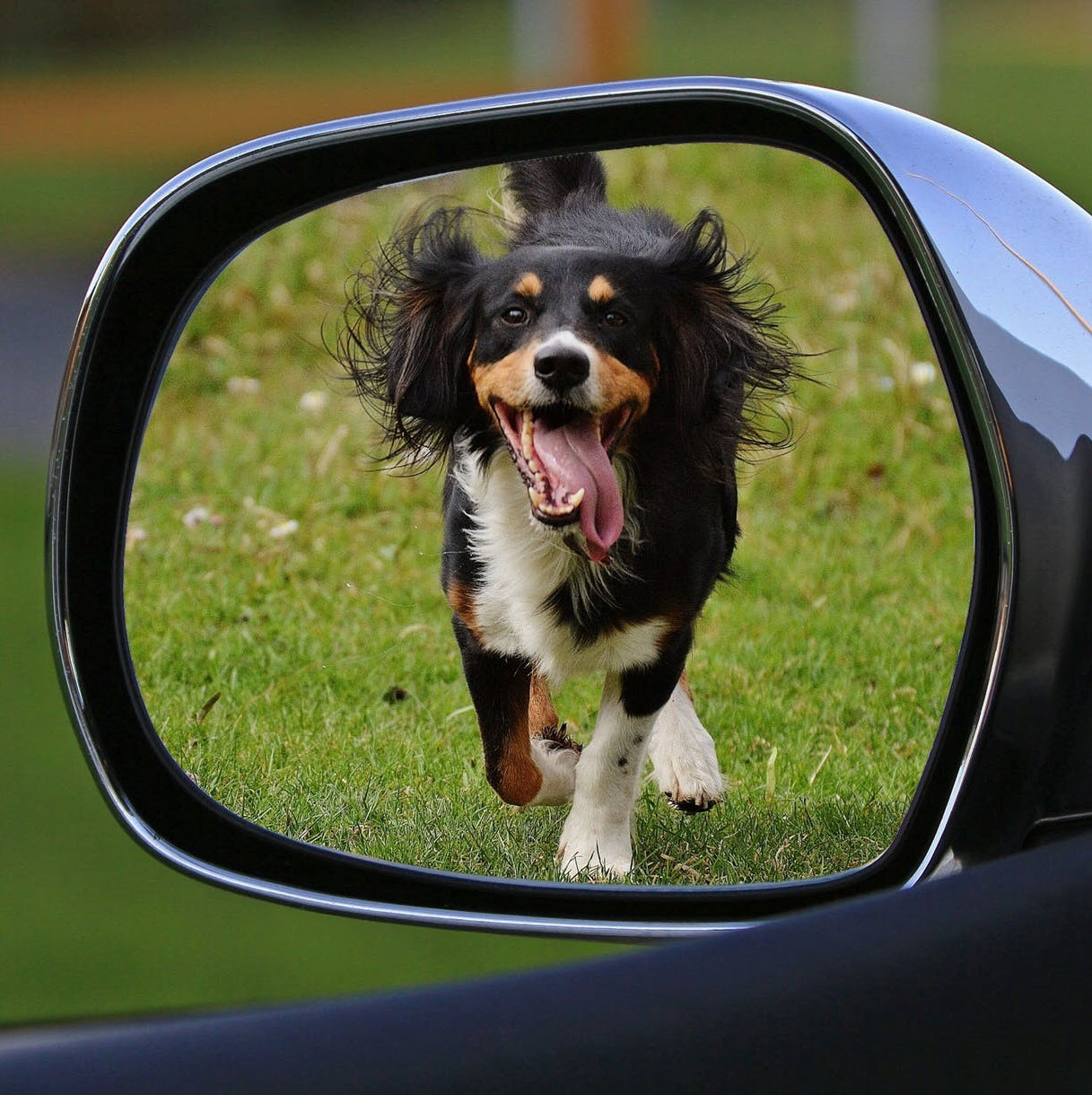 Dogs never develop this similar association because they’re not capable of self-awareness. They do not think of their cute little faces and colors as distinct, or as things that are only theirs; in fact they are not thinking about those things at all since dogs are not really visual species. If humans sometimes get confused between 2 real dogs with similar breed, color, age, and size, dogs don’t. While it’s true that those 2 real dogs might look similar, they do not smell the same to our dogs. If humans are visual for recognizing ourselves and each other for our faces, dogs are olfactory. They rely more on their sense of smell. Dogs can recognize their other dog friends because they associate their scents with happy memories and positive emotions. Dogs cannot recognize their own reflections because reflections do not emit scents. When they see their reflections, they automatically assume that what they’re seeing is a stranger that doesn’t emit a scent that they can associate with memories.

Puppies that see their reflections for the first time may assume that the dog on the other side is another one, but many owners get a different result from their own dogs that just ignore their own reflections. While puppies may playfully or aggressively bark at their reflections just like they do when meeting real dogs for the first time, adult dogs become less engaging as they get too used to the “other dog” and lose interest. No matter their age and no matter how often we carry them in front of the mirror and tell them that it’s their reflection, they will never be able to comprehend that idea.

Here Are 10 Animals That Are Able Recognize Themselves 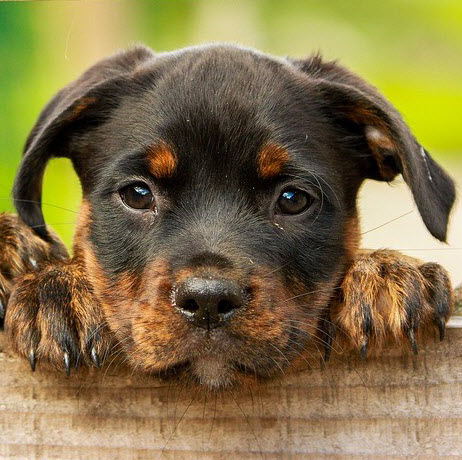 If dogs can’t recognize themselves in the mirror, what animals can? By now, we have established that self-awareness allows us humans to recognize ourselves in mirrors, while the lack of self-awareness in dogs keep them from being able to do so.

Because of this, psychologist Gordon Gallup Jr. tested self-awareness in animals through the use of mirrors.

Five Apes That Can Recognize Themselves

Among all the animals who recognized themselves in mirrors, apes are not the most surprising. After all, humans are believed to be close relatives of apes, sharing a common ancestor closer to the present day as compared to when we shared common ancestors with eg dolphins. Various species of apes like Bonobos, Rhesus Macaques, Chimpanzees, Orangutans, and Gorillas all showed signs of recognizing themselves in the mirror. However, not all of those that participated were successful; factors like age, presence of humans, and defense mechanisms came into play. 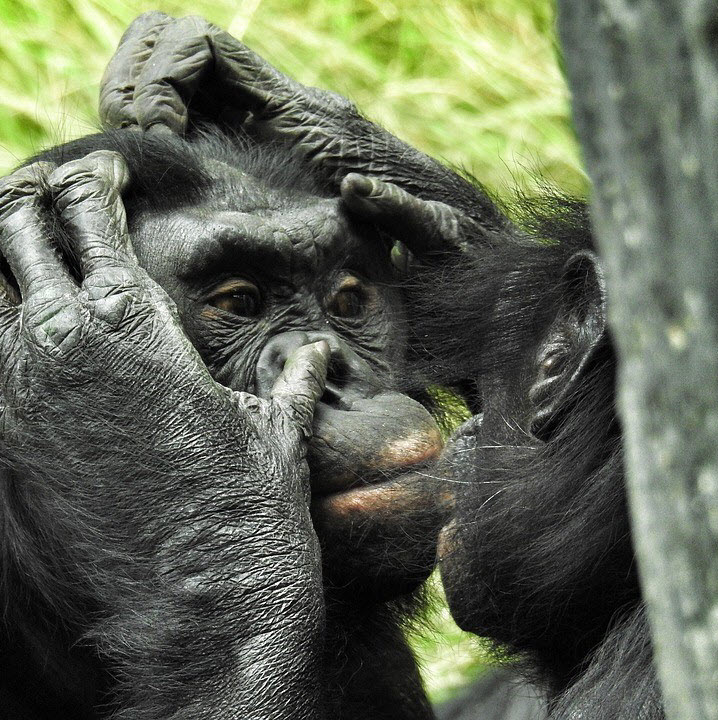 Among all other existing species of apes, Bonobos are the most genetically similar to us humans. They can express compassion, genuine regard for others, kindness, empathy, patience, and sensitivity that make them capable of advancing as intelligent animals who can participate in our society in the future. Compared to other Ape species, they can express emotions on their faces closer to how humans do. They walk upright and are calmer, more social, and intelligent compared to the other Ape species. They have the ability to distinguish different people from each other based on our faces. Their topnotch facial recognition skills helped them recognize their reflection as themselves. 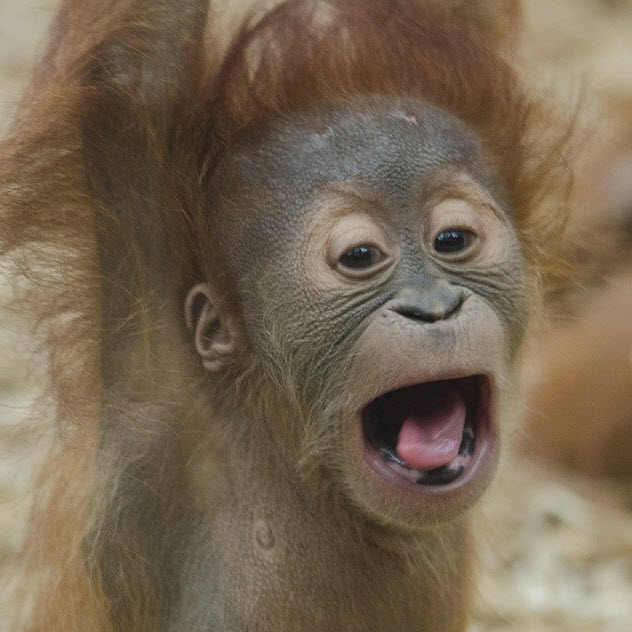 Orangutans are believed to be the first animals observed to have self-awareness. Like all experiments, it all began with observation. Before extensive tests with animals and mirrors, biologist Charles Darwin observed a female Orangutan to be looking at herself through a mirror. This led to the theory that maybe some animals can recognize their images in mirrors and that humans were not unique in their capacity for self awareness and that perhaps there were degrees of this learned behavior. 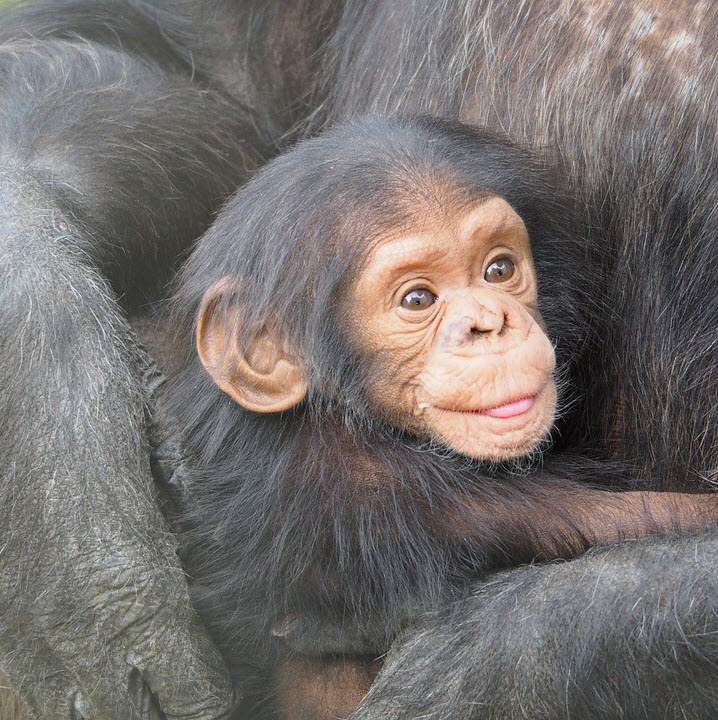 While an Orangutan was the first Ape species to be observed looking at themselves in the mirror, the first set of animals that tested this possibility were two male and two female Chimpanzees. They were kept in a room and a full length mirror was introduced to them after 2 days. At first, the chimpanzee became defensive and aggressive because they thought that the images they see in the mirror are other Chimpanzees. When they calmed down, it is when we knew that they realized that the images they saw were of themselves. They started using the mirror to help them in grooming and in observing their faces. 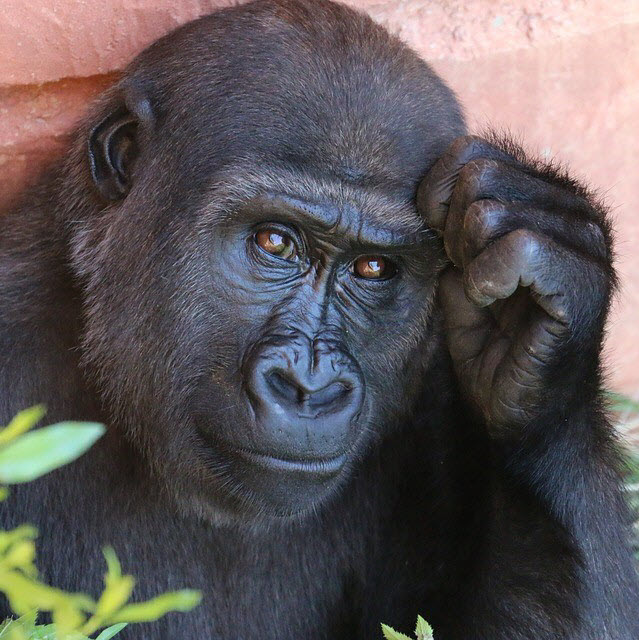 Some gorillas fail to recognize the reflections in the mirror as their own because of 1 main reason; they do not make eye contact with the image in the mirror. Their peripheries guide them into not provoking the gorilla in the mirror that they think is real. Because of the lack of eye contact, they fail to effectively observe and realize that it’s just their reflection. Some gorillas do realize that the gorilla in the mirror is just their image, but don’t realize it soon enough because their instinct to defend themselves prevails. Unlike Bonobos that are calmer, Gorillas spend more time trying to calm down to actually want to come closer to the mirror and carefully observe their movements. Despite this, gorillas are considered self-aware and very intelligent. Experiments also go as far as proving that they’re capable of language and conversation with humans. One mind-blowing experiment taught a gorilla to converse using 1000 words in American Sign Language and 2000 words in English. This level of self-awareness surely means that the gorilla that participated in the experiment can recognize itself in the mirror. 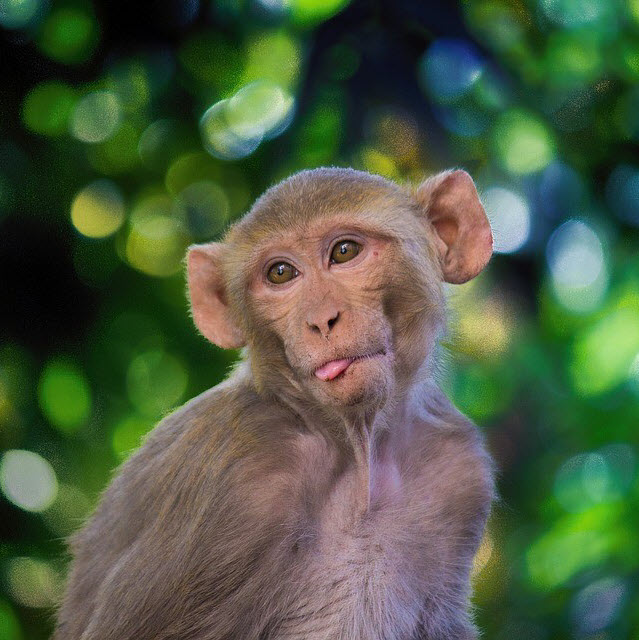 Rhesus Macaque monkeys were accidentally discovered to be self-aware. After 2 Rhesus Macaque monkeys were implanted with devices that can observe their possible attention deficit disorder, they were instead observed examining their implanted foreheads and parts of their bodies they haven’t seen before. They even held the mirror to get a better look of themselves. Unlike other Ape species though, this self-awareness in Rhesus Macaques didn’t stick after the mirrors were taken away. However, the fact that they can recognize themselves is a huge discovery leap about their species.

Five Non-Apes That Can Recognize Themselves 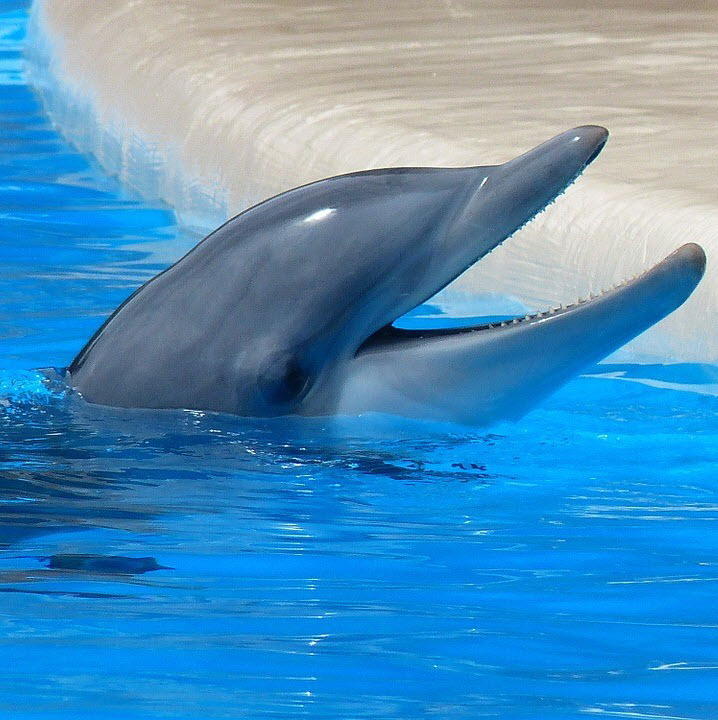 With a more challenging experiment, Bottlenose Dolphins have been proven to have self-awareness. A Bottlenose Dolphin was exposed to reflective surfaces before and after being marked with black ink, while the other was only exposed after. As predicted, the dolphins who was exposed to the reflective surface before being marked with the ink was more eager to observe its new marking. 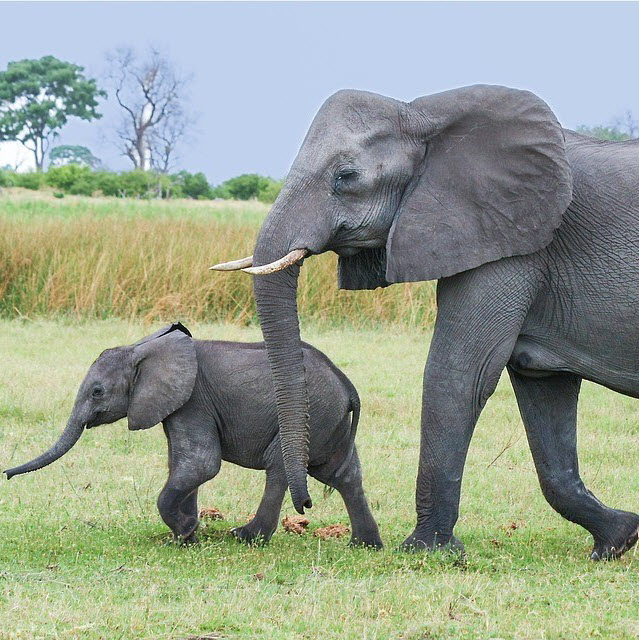 Elephants proved that they can recognize their reflections as themselves when a huge mirror was introduced in an elephant’s zoo shelter. Surprisingly, the elephant did not even show signs of thinking that the elephant it saw was a real one. Instead, the elephant inspected its mouth, body, and touched the placed red mark with its trunk. 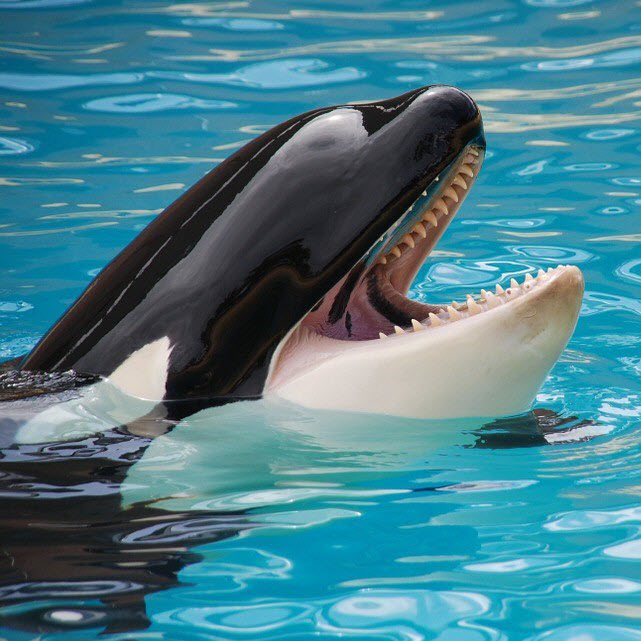 A similar method to Bottlenose Dolphins was instituted to Orcas, but these huge marine mammals showed signs of expecting changes in the parts of their bodies where the ink markings were placed. They showed these signs by observing the marked parts with the use of the reflective surfaces. This proves that they know how mirrors work and that they recognize the reflections as images of themselves. 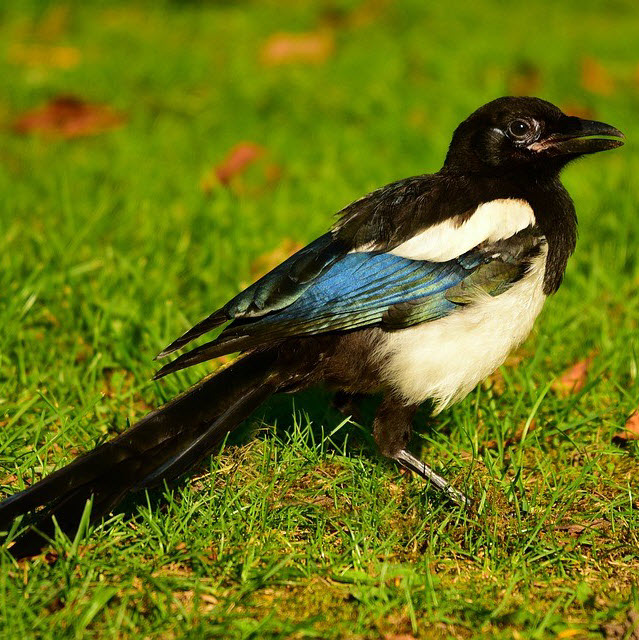 Magpies were found to be capable of recognizing the images in the mirror as theirs when they showed no tendency to remove the colored dots placed on their necks where they couldn’t be seen until a mirror was placed in front of them. 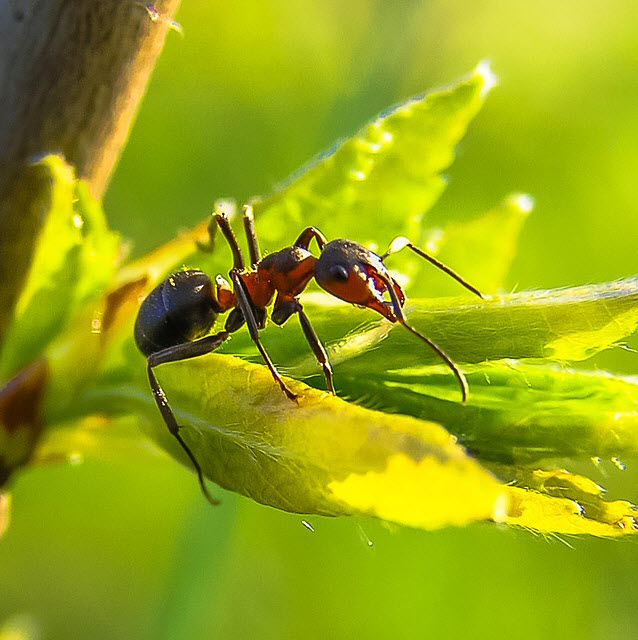 Ants showed differences in behavior when a piece of glass is placed between 2 ants as to when a mirror is placed in front of an ant. This suggests that ants recognize what a mirror is and what it does. Another test confirmed that ants can recognize themselves in the mirror by using blue dots. Ants didn’t seem to be bothered by the blue dots initially, but they tried removing the blue dots after a mirror was placed in front of them.

Do Dog Owners Prefer Their Dog’s Company To Other People?