Why do we pretend that dog parenting is easy? 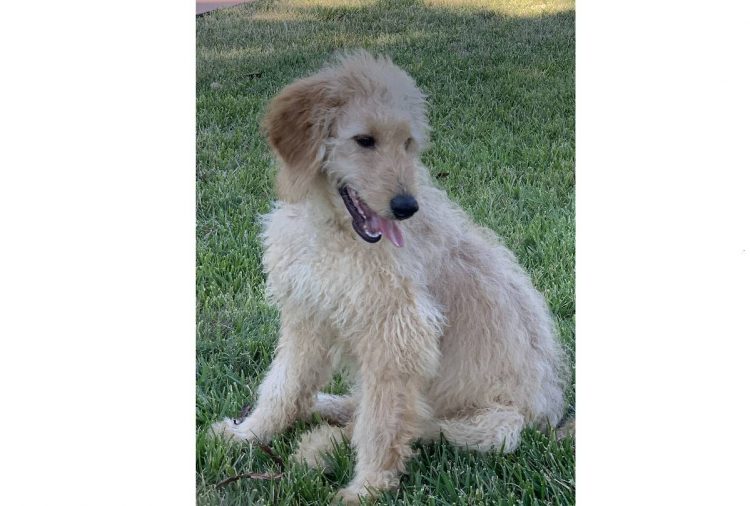 I became a puppy parent. And it is hard.

I became a puppy parent again last weekend. This time I’m 15 years older and my twins are grown up and living their lives elsewhere. Though they both came home to welcome the new addition to our family, I’m very aware that by the end of the month my husband and I will have to make adjustments to accommodate the needs of a new family member, and it is going to be challenging. Just finding time to write this column has been an act of family negotiation.

Jyra is a typical, curious puppy, exploring his new space and testing boundaries. It’s been an absolute joy to observe him prancing around with a twig in his mouth; bound toward us in greeting; tug at the laces on my shoes; look perplexed at a bird flying from tree to tree; or taste the flavor of a fallen leaf.

We made the decision to get a puppy after noticing how disengaged and despondent my 88-year-old mother has become. She is mostly deaf, has blurry vision, limited mobility and has spent the last few months hardly leaving her room, staring at nothing for long periods of time.

Studies have shown that dog-assisted therapies reduce stress and cause significant improvement in mood. And in the general case, dogs provide emotional succor and alleviate feelings of loneliness.

So, it’s no surprise to find that in the last year, more and more people took home dogs to get through the isolation of being sequestered at home.

Krista Maloney, spokesperson for the San Francisco SPCA, said that puppy/dog adoption numbers went up during COVID. From March 1, 2020 to early July, over 2,000 puppies and dogs were adopted from the SFSPCA shelter, despite the fact that the adoption process changed significantly due to the shutdown with fewer volunteers and reduced resources. “We closed our shelter to the public due to health concerns and implemented an appointment system, where potential adopters fill out an application to meet with a single animal versus coming to the shelter and meeting with several animals,” Maloney said.

The City’s upward trend in adoptions during the pandemic is reflected nationwide, too. Shelter Animals Count, a national database that tracks pet adoptions, found a 9% increase in animal adoptions in 2020, compared to the previous year.

The dark side of this rise in pet adoptions is that while people enthusiastically take home pets, all too often they are unprepared for the compromises that inevitably ensue. The prevailing conviction about pets is that parenting an animal is mostly intuitive and evenly joyful. But as I can attest to, there are significant demands on time, too.

I had forgotten how onerous the process of introducing an energetic dog to a human home can be. We have spent the last few days and nights house and crate training Jyra, and a good portion of our waking hours channeling his boundless enthusiasm.

Dogs and many other pets put limits on an independent lifestyle. And, unlike new babies, who are sedentary for months, puppies are active and exploratory and require attention and supervision. That’s why there are far too many young dogs abandoned or returned to shelters.

Maloney listed some of the reasons dogs are returned and they include “allergies, the adopted pet not being compatible with the resident pet once in the home, lifestyle changes (e.g.; someone moving and unable to take their pet to their new home), and families being overwhelmed by the animal’s behavior or energy level.”

On the subject of pet returns, Dr. Jeannine Berger, senior vice president of Rescue and Welfare at SFSPCA, explained that they look at their data in two different ways: Owner “surrenders” are when pets are returned after 30 days and “returns” are when it occurs under a month. Returning a dog is not a bad thing at all, Berger cautioned. “It is a benefit to everyone when animals come back with ‘real histories,’ meaning we learn how the animals are in a real home compared to the shelter. The shelter is not a real home and should never be a home for more than a few weeks at best.”

Returns at the SFSPCA were significantly less during March 2020 to June 2021 when compared to the same period two years ago. However, according to Berger, the critical data analysis is to look at the rate of pet returns as a percentage of adoptions. At SFSPCA, returns for pre-COVID and shelter-in-plance were the same at 6% of adoptions. But owner surrenders were 6% pre-COVID and reduced to 4% during SIP.

That more pet adopters in San Francisco are not returning their pets is heartening, for sure. For despite what Berger says, I imagine it must affect both the owner and the dog to be separated after getting accustomed to each other.

Even in the five days that we’ve known Jyra, he has crept into our hearts. As I recently remarked to a friend, I got five hours of uninterrupted sleep last night. So, yes, I’m tired, but it’s a happy tired. And it’s amusing to realize how easily he has us twisted into knots, especially when he doesn’t finish his bowl of kibbles or cowers at the sight of my mother’s walker.

Perhaps the most rewarding aspect of Jyra entering our lives is that my mother has begun to emerge from her room to investigate what Jyra is up to. She has begun to call his name. Now all I need to do is teach Jyra to respond.

Jaya Padmanabhan is a guest columnist and her point of view is not necessarily that of The Examiner. Twitter: @jayapadmanabhan.

If you find our journalism valuable and relevant, please consider joining our Examiner membership program.
Find out more at www.sfexaminer.com/join/

Canine training during COVID gone to the dogs

My Dog Training Collar Announces Expansion of Inventory and product

My Dog Training Collar Announces Expansion of Inventory and product