10 Chill Out Tips For Angry Dogs

It’s important to realize that any dog is capable of biting under certain circumstances. It’s a myth that only vicious dogs bite. 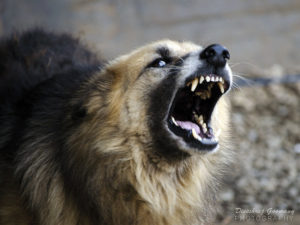 Fortunately, aggression is often predictable, and early training can prevent it from reaching a danger point. Canine good citizenship and responsible dog ownership go hand in hand. We must make sure dogs are responsibly bred, adequately trained and socialized, and carefully monitored to identify and correct behavior problems.

The best defense against dangerous aggression is a combination of proper breeding and early training. People should breed and select dogs that are friendly to everyone, not just to people they know. We need to eliminate the market for so-called “one-man dogs”, and dogs that are “wary of strangers.” Choosing a pet for its’ guard-dog traits inevitably leads to trouble. No matter how smart we think dogs are, they simply can’t tell “good guys” from “bad guys”.

Beyond that, there are steps dog owners can take to prevent aggressive behavior in their pets. First, understand that aggression isn’t an aberration. It’s rooted in canine instincts to survive learned through evolution from the days when dogs were wild animals. Domestication has toned down this innate aggression, but the behaviors are still hardwired in dogs. 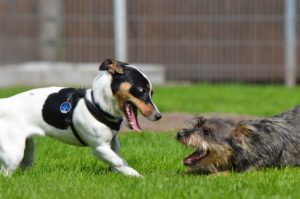 One of the main reasons pet dogs bite is because they feel threatened by something they can’t flee. From the dog’s point of view, aggression is a natural way to make the scary thing go away. Just because a situation doesn’t seem frightening to you doesn’t mean it won’t spook your dog. To a wary, unsocialized dog, the mere presence of an unfamiliar person may seem like a threat. This leads to the importance of socialization and training your dog from a young age how to behave among people outside his circle without becoming aggressive.

4. Teach Your Dog To Be Relaxed

When people get near his food bowl or toys; train him to enjoy being handled, and provide him with plenty of opportunities for free play with other dogs.

5. Know The Warning Signs Of Aggression

Growling and snarling are obvious, but there are other clues to watch for: wariness around strangers; tension or possessiveness around food, bones or toys; and reluctance to be handled.

6. Don’t Anthropomorphise Your Dog Too Much

Don’t rationalize your dog’s behavior by saying, “He takes a while to warm up,” or “He’s just protective.” And don’t assume that just because you’ve had dogs in the past, you can predict how your current pet will react. Every dog is different.

7. Don’t Be Afraid To Ask For Help

At the first sign of trouble, get help from a trainer or behaviorist. Choose an expert who uses positive reinforcement methods. Physical punishment won’t do any good and will probably make the problem worse. 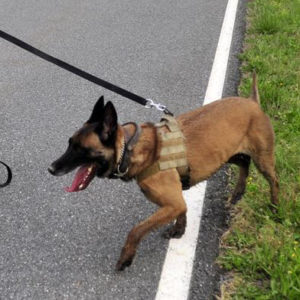 The outside world can be a wonderful place for dogs. It’s full of stimulating sights, smells, and experiences that make for a happy, well-adjusted dog. However, problems often crop up in public, because dogs generally behave more aggressively on a leash. A dog on leash can’t move freely. If he encounters something that spooks him, he can’t get away. He feels cornered and figures the only option is to go on the offensive.

A lot of people can’t resist petting unfamiliar dogs. It’s an understandable urge for dog lovers, but an unwise practice, particularly if the dog is leashed or tied outside a store while his owner is inside. Never touch an unfamiliar dog without the owner’s permission. Even then, you should let the dog come to you.

Another cause of on-leash problems is the fact that dogs are extremely social. In the wild, they’re pack animals, remember. When your dog sees another dog, he can’t wait to approach, investigate and interact. But the leash restricts his mobility. He gets frustrated and agitated, which can lead to on-leash barking and lunging that are the bane of so many dog owners.

Threatening behavior on a leash can be a sign of serious aggression. But if your dog generally gets along well with other dogs, all that commotion when he’s on a leash is probably a form of frustration. Even dogs that are mild-mannered off leash can act up when they’re leashed. You can minimize the problem by letting your dog meet friendly dogs, with the other owner’s permission, of course. 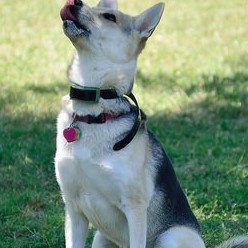 Make sure your dog gets plenty of opportunities for free play in areas where off-leash dogs are allowed. Dogs that don’t get enough canine playtime are more likely to be fearful and aggressive toward other dogs. Regular dog play not only helps prevent aggressive behavior, it also builds confidence, burns off pent-up energy and provides a vital outlet for your dog’s powerful instinct to socialize with other dogs. Not to mention that it’s just plain fun.

Moreover, free play hones basic canine social skills. Dogs actually teach one another how to play without going over the top. A young or inexperienced dog may initially come on too strong with his canine friends. By playing with well-socialized adult dogs, he will learn the complex body language and vocalizations that guide appropriate dog interaction.

Don’t worry if dog play seems intense. Intensity doesn’t necessarily mean aggression. Dogs play hard, and they’re often noisy. Minor skirmishes are normal and usually end quickly, without human intervention. Just make sure things don’t get out of hand. If your dog becomes too rough or threatening, give him a time-out. Think of it as a “game misconduct” penalty in hockey. Play is a reward, and your dog will learn to work for it by behaving appropriately.

If your dog provokes serious fights or draws blood, intervene immediately. Consult a trainer or behaviorist for positive reinforcement exercises to correct the problem.

Last but not least, your dog should be spayed or neutered. Neutered males are less likely to stir up trouble with other male dogs. There are other benefits, as well. Altered dogs are healthier, less likely to roam and less inclined to bite. What Shall I Feed My New Pup? Getting It Just Right

Can I Crash On Your Couch For A While?

Can I Crash On Your Couch For A While?