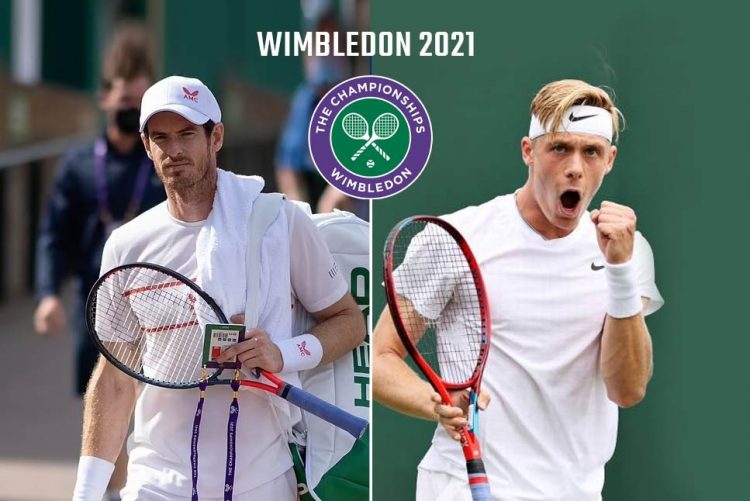 Wimbledon 2021 – Andy Murray vs Shapovalov LIVE: Britain’s Andy Murray defied the odds yet again as he reached the Wimbledon third round by beating German qualifier Oscar Otte in another thriller which finished under the Centre Court lights. After the win, Murray declared ‘life in the old dog is still alive’ and in a subtle manner warned his 3rd round opponent & 10th seed Denis Shapovalov of Canada.

“Unreal atmosphere out there tonight… thanks so much to everyone that was in there watching and supporting.. you carried me over the line, life in the old dog yet eh,” he tweeted. Two-time champion Murray came from behind to register a thrilling win in the second round.

Wimbledon 2021 – Andy Murray vs Shapovalov LIVE: Murray defeated Germany’s Oscar Otte 6-3, 4-6, 4-6, 6-4, 6-2 here at the Centre Court to progress to the third round. The 34-year-old Murray will now lock horns against Denis Shapavalov in the third round.

The Britain tennis player made light work of his opponent Otte in the first set, and he ended up winning it 6-3. However, Otte came back strongly and the German went on to win the next two sets by a 6-4 margin and as a result, Murray’s back was against the wall, and he needed to win two sets to progress to the third round.

“What an atmosphere to play in at the end. The whole crowd was amazing but there were a few guys in there getting me fired up. I needed everyone’s help.

It was another incredible evening for Murray at the All England Club, coming just 48 hours after the two-time champion had beaten Georgian 24th seed Nikoloz Basilashvili.

Now Murray will face a step up in class when he plays Canadian 10th seed Denis Shapovalov in the third round on Friday. Shapovalov, 22, will be well rested after being given a walkover on Wednesday because of a rib injury to second-round opponent Pablo Andujar of Spain

Wimbledon 2021 LIVE: Tennis legend Roger Federer will lock horns against Richard Gasquet of France in the second round of the Wimbledon 2021. He progressed to round 2 after a scare in the opening game against Adrian Mannarino in four sets contest which followed the latter’s walkover due to an injury. Gasquet on the other hand also managed a win in a four sets battle against Yuichi Sugita. Federer holds an upper hand against Gasquet 18-2 and likely to emerge victorious in his bid to close in the 21st Grand Slam title and go past Spain rival Rafael Nadal.

Later in the day, Roger Federer will be in action in his second-round match of the Wimbledon 2021

For more sports news and The championships updates, follow us at insidesport.co