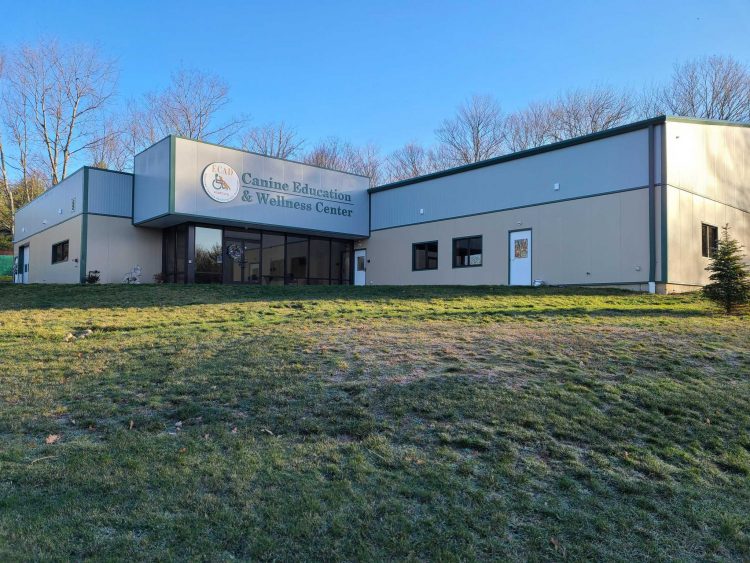 WINSTED — Dale Picard, founder and owner of Educated Canines Assisting with Disabilities, has a date with the Planning & Zoning Commission with another application to expand his facility on Newfield Road.

ECAD has applied several times to expand, adding a second building with additional space for more dogs, offices and training areas. In November 2020, Picard withdrew his expansion application after public hearings were held to discuss the project.

Now, Picard and his team are scheduled for a public hearing with the commission Jan. 25.

The new applications are requesting a zoning regulation change involving the size and surface material for his driveway, and a second request for a special permit to build the expansion. Both will be presented and discussed at a public hearing at 7 p.m. on Zoom.

The application for the second structure calls for construction of a 7,118-square-foot, 60-foot-wide by 126-foot-long building for a dog kennel, with an indoor exercise run and office space. It would include a kennel, quarantine area, storage, bathrooms, lunch rooms, a locker room for volunteers, a conference room and an enclosed dog run, the application shows.

Picard’s first application, filed in February 2020, was denied. His attorney at the time, Peter Herbst, said Picard should sue the commission for that denial, and went to court. Herbst received a date for a court hearing for May 2021 — a complication of COVID-19 that has backed up court cases, he said. Although Picard no longer is using Herbst as his legal counsel, he’s keeping the court date, just in case.

During a hearing in November 2020, residents from the neighborhood complained about barking dogs, runoff from the property into the roadway, dust and residue from the property going onto neighboring properties and objections to the idea of an expansion, citing increased traffic from the site. In December, residents explained that they were not against ECAD’s work, but were very concerned about the impact of the project on their own properties.

“This has been an uphill battle we’ve all been fighting,” Baris Kraza, who owns a house near the ECAD site, said in December. “We have nothing against ECAD’s work. It’s a great thing. They’re helping people. But the problem is, the building they’re trying to build and what they’re trying to do is not right for the area.”

Neighbors Bill and Dee Pozzo’s home is on the southern side of the ECAD property, where there are ponies, goats, guinea hens and dogs, and Bill Pozzo said he’s been affected by excessive dust from the facility’s driveway over the summer and fall. The noise of barking dogs is continuous, he said, and there are vehicles coming in and out “all the time.” And neighbors Amy and Dan Reeve, whose 11-acre property and house are on the northern side of ECAD, said they are more upset by the growth of the facility and its possible impact on the value of their home.

Picard said he will keep applying for the project until he is approved to expand. ECAD’s facility now includes offices, training space and kennels for about 20 dogs. Picard said he hopes to increase that number to 60 dogs with the second building.

Picard has said that if he’s not approved, he will take his case to court.

The dog breed that will get you the most dates

The dog breed that will get you the most dates