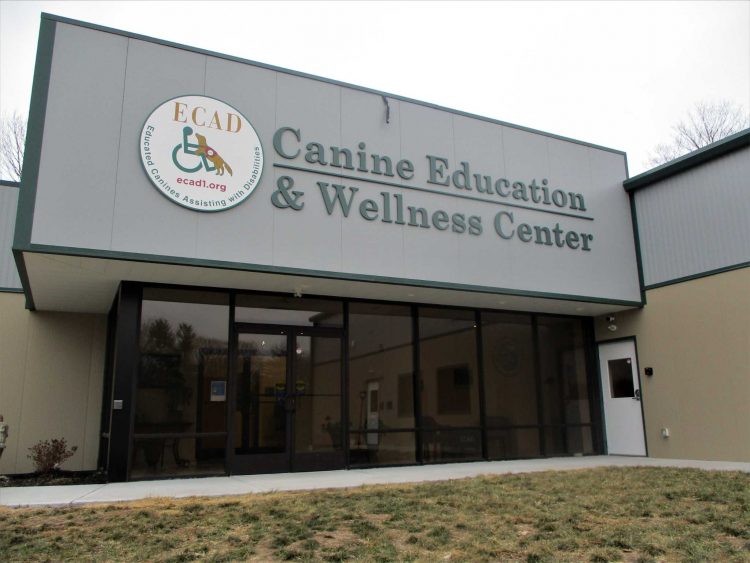 WINSTED — An assistance dog training and boarding facility on Newfield Road is heading to the Inland Wetlands Commission April 21 to request a variance in the town’s regulations, which would allow it to pursue its expansion project.

Since November 2020, ECAD owner Dale Picard has sought approval from the Planning & Zoning Commission to expand his business, adding a second building for more dogs, training and office space.

But neighbors have been fighting the expansion, saying that because the facility is in a residential area, expansion shouldn’t be allowed. Some have said the facility is too visible, that dogs bark day and night, and that traffic coming in and out of the property disturbs the neighborhood. They also say ECAD’s downhill driveway causes flooding that affects other properties.

But Picard, who has owned the property and the business for more than 25 years, said he always has intended to expand, and that he received preliminary approval years ago when he built the existing structure. He first applied for a text amendment to the zoning regulations to allow the expansion. But P&Z members in February recommended Picard to the IWC for the variance, saying zoning regulations could remain in place, and those seeking to deviate from the rules could be considered on a case-by-case basis.

“We’re fine with the application’s timing,” she said. “They don’t have IWC approval yet, but once they have it they’ll come back to Planning and Zoning.”

The next PZC meeting is April 26. “I don’t know if they’ll be able to get approval in time for the Planning and Zoning meeting,” Colombie said. “It depends on what the Inland Wetlands Commission does.”

Picard said the issue of the driveway and flooding has changed since he first put it in.

“When this got approved six years ago, (Planning and Zoning) wouldn’t let us put blacktop on the driveway. They wanted it pervious, so we used gravel,” he said. “Two years ago, the commission redid their (regulations) and gravel driveways are no longer considered pervious. Now they want me to pave it. Then, they decided I had too much impervious surfaces, and want me to have gravel and pavers in the parking areas, to cope with runoff.”

Once those these problems are resolved, Picard can bring his plans forward and get his special permits to build. “We think they’ll give us the permits, but we’re not convinced,” he said.

In the past, Picard said he would sue if he didn’t get approved. “We’re almost tempted to lift up our arms and sue the town and everyone in the neighborhood,” he said.

But he remains determined to expand ECAD.

“I’m going to get my permits,” he said. “When we play the recordings from previous meetings, we’ll be able to show that their decisions are based on emotion, based on fear.”