Woman rejected from adopting dog because of her list of hobbies 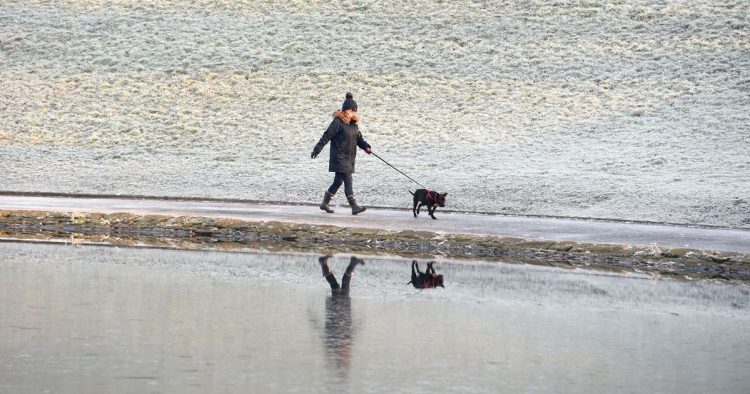 The internet is divided after a woman was rejected from adopting a dog from a shelter after expressing her love of running and hiking.

Alice Gray contacted a shelter about a dog named Angel she had seen listed, writing: “I would love a dog that is active and enjoys running and hiking with me, as well as lots of cuddles and affection.”

But the shelter turned down Ms Gray immediately on the basis that they felt Angel was not suitable for long walks and exercise, telling her that even when she was no longer a puppy Angel would “have hated” the level of exercise they presumed was being suggested.

Ms Gray stressed that she knew puppies needed less exercise and would be guided by Angel’s needs, but thought she would grow into a more active dog with encouragement.

The blogger and science writer posted the conversation on Twitter, saying she was “speechless” after the shelter’s blunt response.

Her original tweet has around 220,000 likes, and sparked a conversation on both sides of the debate.

When you get there, make sharing a picture of your dog in our Top Dogs feed your very brilliant first job.

Maybe when you’ve done that, leave a recommendation to help fellow dog owners in the TeamDogs community.

Ms Gray, 29, posted again assuring followers that she had read the description of the dog “very well”, and “nowhere did it say she doesn’t like exercise or needed limited walks.”

“I wouldn’t apply for a dog that I wouldn’t be able to offer the right home to,” she wrote on her social media account.

Several Twitter users sympathised with Ms Gray, noting that it can be difficult to adopt a dog due to the strict vetting process that some animal homes use.

“Ended up getting a dog through a different rescue, it was just too difficult.”

Some people, however, took the side of the rescue centre, with one social media user saying: “This is good and should happen more often”, since not every dog will suit a potential dog owner’s lifestyle or exercise regimes.

Enter your postcode for updates from your area

Another said: “The rescue is right… matching you with an ideal dog decreases risk of return. It might be worth it to try going to rescues with your wish list and asking them who they have available that suits.”

The shelter, which Ms Gray has not named, has yet to comment on her tweets. She could not be contacted for further information at time of publishing.

Dogs Trust advises generally that individuals may be rejected from adopting a dog due to the pup’s needs and the adopters not being a match for it, but that doesn’t mean that another dog may not be a good fit.

The charity said: “We re-home to all different types of homes, from houses to narrowboats. It really depends on the needs of the individual dog.

“We will be honest if we don’t feel you are eligible to adopt a particular dog. Please don’t take this personally. We know how disappointing it can be to hear a dog won’t be coming home with you, but our experts will have made the decision knowing the dog’s needs and what’s best for them.

“This doesn’t mean we won’t have another dog in the future that could suit your family.”