Would Bigger Or Smaller Dogs Survive Better In The Wild Without Humans? 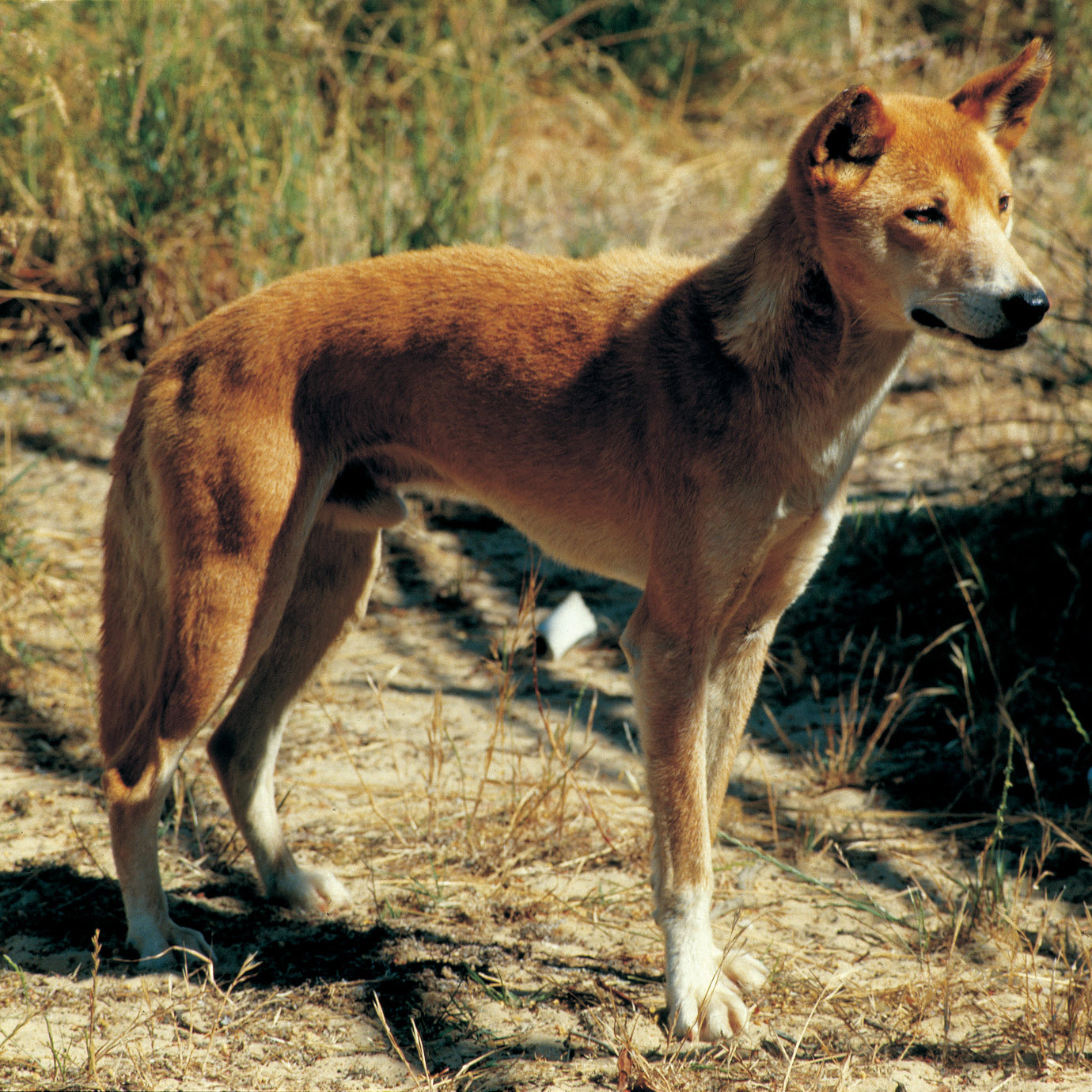 Life Before or After Humans? 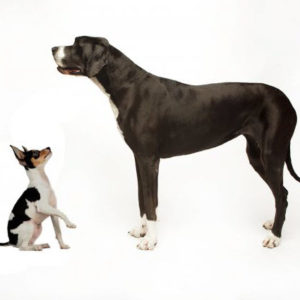 The question of big dogs vs. small dogs, whether that’s question of which dog someone should own or which dog is better in general, has been asked all around the world for centuries, if not millenia. What if we tried answering the question in a very specific scenario: that of a post-apocalyptic future, to be exact. If all humans were dead, and dog-kind was left to its own devices, which would survive better: big dog breeds or smaller ones? Well, before we get into the nitty-gritty of those breeds that would be best adapted to such an environment, allow me to explain the characteristics that would ensure their survival- we’ll consider several domains of study, namely: the amount of food required, how vulnerable a given breed is to predators, the longevity and intelligence of a breed and, finally, how robust that breed is.Once we’ve taken notes on these categories, we’ll explain which dog breeds, specifically, are most likely to survive in case either an apocalypse breaks out or, for whatever reason, all of dog-kind is forced to live in the wild. But, before all that, we’ll explain why the fact that all dogs are omnivores, unlike their rivals (and friends), the domestic cat, will help them in a survival scenario.First, though, a note on dogs as omnivoresThe fact that dogs are omnivores (they eat both meat and plant materials) will help them in the event of an apocalypse. They do need to eat meat, but they can survive on plant materials like berries, mushrooms and fruits. That is to say, dogs in general can eat more kinds of foods than cats can. In fact, domestic cats are sometimes referred to as obligate carnivores, they cannot survive on a diet that does not contain meat, whereas dogs can derive nutrients from foods much more efficiently than cats can. This status of omnivore might make it easier for dogs to avoid competition other animals: rather than fighting with a bigger beast over a recent kill, for example, they can simply head off and forage for mushrooms in another area entirely, which in turn will garner them greater safety.

Putting The Factors To The Test: Small Dogs Vs Big Ones 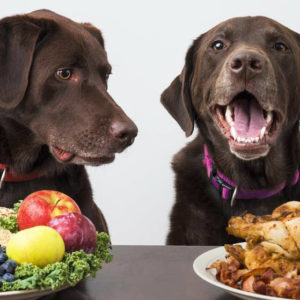 Amount of food required for sustenanceOne factor that has an impact here is how much food a given dog breed would require. For obvious reasons, smaller dogs need less food to sustain themselves than their larger counterparts do. So, small dogs clearly win in this regard.Vulnerability to predators Which dog breeds would be more likely to become food for dangerous predators? Small dogs are naturally smaller, so they would probably lose many fights, but then again, predators might ignore them, and head for bigger prey instead. Why waste your energy hunting a dog who, even if they don’t escape, won’t sate your voracious appetite? And, trust me, in the apocalypse, when all bets are off, animal appetites would definitely be voracious, to say the least. Smaller dogs can also hide from dogs more easily, and might be able to run away more quickly. However, larger dogs are much more likely to survive when altercations develop. None of this really answers the question: it’s not clear if small or large dogs would survive better. (We might instead put our faith in medium, sized dogs: dog expert Mark Derr, for example, believes that natural selection will produce pitbull, like hounds that weigh 50 to 70 pounds, right in the middle). So we’ll have to cast this (admittedly interesting) factor aside for now. 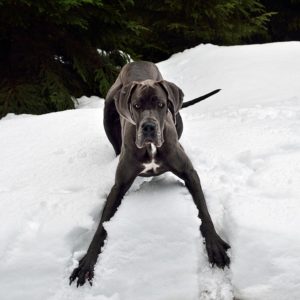 Longevity What about longevity in general? Well, generally speaking, small dogs live longer than bigger ones. For example, your average Great Dane (German Mastiff) will live 6 to 8 years, while a Chihuahua can live much longer, even up to 18 years. Moreover, dogs who weigh less than twenty pounds were found to have an average lifespan of eleven years in total. Larger dogs only live for eight years on average. And as for medium-sized dogs, they live around eleven years as well.Within a species, smaller individuals will live longer than larger ones even though, across different species, the larger species will live longer. (We only have to think of all the guinea pigs, rats and mice that we’ve owned as children to realize this is true). Another reason for this is that larger dogs grow more quickly and, as a consequence, age faster. The result of this is that they’re more likely to develop dangerous physical ailments including cancer and tumors. Indeed, “their lives seem to unwind in fast motion” explains a study from a university in Germany: it takes less time for larger dogs to grow from puppies to adult canines.All of this is to say, in terms of simply living without regard to eg., how well a given dog would do in a fight with a dog or other animal, small breeds like Chihuahuas might live longer after the apocalypse hits since they fare better in terms of longevity. Intelligence As depressing as this might be for large dogs, mastiffs in particular, there is one spot of hope: big dogs are likely to be smarter. Indeed, one scientist observed that among the 20% of dog breeds most that perform best in intelligence assessments, only one breed, the Papillon spaniel, is a small toy breed. Bigger dogs, after all, have bigger brains which can process more information and better store memories since they have more neurons. As such, studies have shown that larger dogs have better delayed memory, that is, if they can remember a piece of information (such as whether their owner placed a treat under the cup on the left or their right) for a given interval of time. Thus, the bigger brains of big dogs do cause them to have better cognition. This disparity in intelligence between large and small dogs even becomes larger as the interval of time gets longer and longer.So it might well be that, in an apocalyptic scenario, larger dogs breeds might survive longer. However, there is another reason that large dog breeds including several types of mastiff might be more likely to survive- because of their very size. Robustness of the dog breedSome breeds are more robust than others: that is, they have better constitutions and can last longer in all kinds of harsh conditions. Interestingly, the dogs that live in Chernobyl, an area of northern Ukraine known for the devastating environmental damage caused by the nuclear plant explosion in 1986, are currently thriving thirty years later. These dogs, the children and grandchildren of those initially affected by the accident, generally have thick, muscular bodies and floppy ears. They are those dogs whose ancestors survived the accident on account of natural selection. Despite their short life expectancy, which is due to the effect of radiation, it is common for them to die at six or younger, they are healthy and robust and can withstand the freezing temperatures of Ukrainian winters.As for which breeds of dogs are the most robust today, much of the answer can be found by considering those breeds that are well- adapted to the cold, including Saint Bernards, Alaskan Malamutes and Tibetan Mastiffs. Other robust (but smaller) breeds include the Boxer, Rottweiler, American Staffordshire Terrier, Yorkie and beagle. Many of these dogs can even hike alongside big breeds without breaking much of a sweat.

All This Being Said: Which Breeds Are Most Likely To Survive?

Having considered all these factors together, we can indicate those dogs which are most likely to survive a post-human scenario. These breeds have admirable qualities of robustness, speed, intelligence, agility, constitutions and overall health. So, without further ado, let’s do precisely that with our top 7 picks. 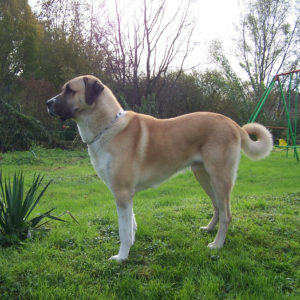 First of all, Anatolian Shepherds constitute one of such breeds. They can see and hear very well, and can move with quickness and agility, in spite of their large size. This large size, incidentally, would also help them in fights against big predators, as well as discourage smaller ones from having a bone to pick with them. They are also fairly intelligent, which means that they might find solutions to problems or strategic maneuvers better than dogs of other breeds. 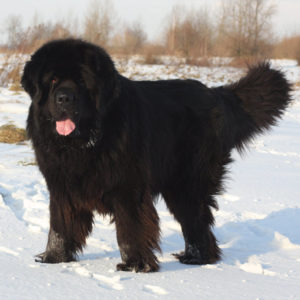 Another breed to take note of is the Newfoundland dog. These large dogs are as renowned for their stamina as they are for their large size and their shaggy black or brown fur- they can exercise for a long time. They can even swim for days on end if necessary, making them the perfect choice of survivor in a flood-based apocalypse. They will even be able to swim away from a deserted area with no food, heading off instead to more prosperous lands. 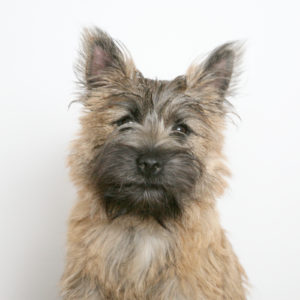 There’s also the Cairn Terrier. Bred originally in Scotland, they are well-adapted to all kinds of environments and weather scenarios, including cold seawater, thick mud/muck and harsh winds.

This is all thanks to their coarse outer coats and dense undercoats. 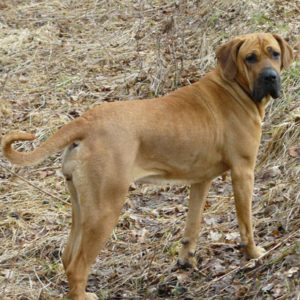 These dogs, whose breeding hails, naturally from Brazil, were originally bred to hunt down animals that live in the jungle, including boars and jaguars. As a result, not only are they great hunters since they are one of the best dogs to hunt down wild prey for food, but they also have a phenomenal sense of smell. They can follow their prey for days at a time, even going as far as weeks on end in some cases. 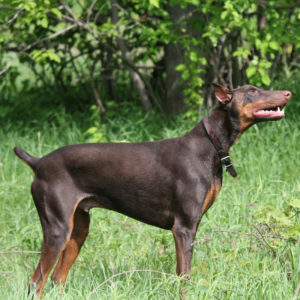 These dogs are known for their intelligence and lack of visible fear, and with good reason. They are quick thinkers, able to both work through problems and think on their feet, and their protective instinct ensures that they will protect their loved ones in every way they can. They have a lot of energy as well, so, when it’s time to rest, they will forage for food and supplies while other dogs guard the rest of the pack. 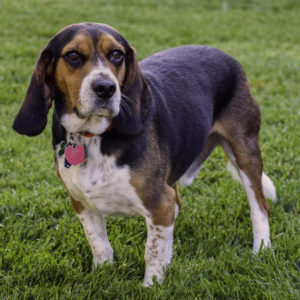 The beagle is one of the few smaller dogs on this list. While the others might get by on strength or skill alone, the beagle has an equally important ace in the hole: they are, as a general rule, dogs with healthy constitutions. They get sick less often than other breeds of dogs, and they are much less likely to develop those health conditions that other breeds are prone to. 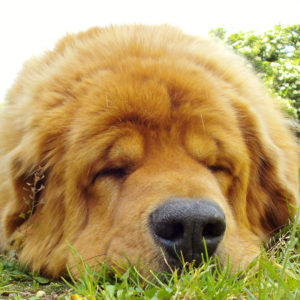 Finally, the Tibetan Mastiff is another breed more likely to survive in the event of an apocalypse. As you might guess from the name, they are used to the rough winds and cold weather of the mountains of Tibet. However, not only will they remain warm in such weather, thanks to their thick coats, but they are also well- suited to weather in which there are intense heat spells. They are also nocturnal, which means that they can protect the rest of their pack at night-time.

So, Who Wins? Big Dogs Or Small Dogs?

When all’s been said and done, it’s not entirely clear whether bigger or smaller dogs would survive better. While bigger dogs are more likely to survive in an altercation, small dogs are less likely to enter an altercation in the first place and require much less food to boot. I would go ahead and stick with big dogs, however: they are more intelligent, after all, and their protective instincts are stronger. They’re also less prone to aggressiveness, despite (or perhaps because of) their size- smaller dogs can be much more aggressive than their larger counterparts. However, none of the aspects of this hypothetical scenario have any effect on the kind of dog you end up choosing to adopt. Go find one you love, and you’ll have found an amazing companion for many years to come.