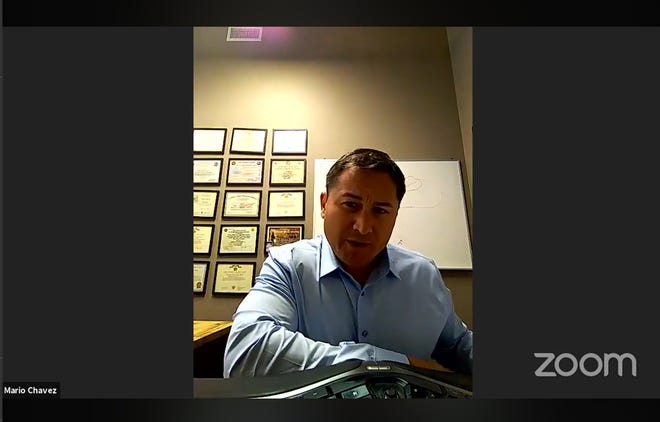 Supporters as well as those opposed to the proposed zoning legislation for a new dog training and boarding facility in rural Caddo Parish expressed their thoughts by calling in or having their letters read Monday during the Caddo Parish Commission’s first meeting of the new year.

Residents who live near the proposed facility expressed concerns about the potential noise from the dogs barking, disturbing the serenity of the rural area, dogs getting out and posing a threat to children and animals, and increased traffic.

A petition from residents with about 60 or signatures opposing the facility was submitted to the commission.

Those speaking in support of the zoning request included a board member of the Humane Society of Northwest Louisiana. A member called speaking about the property owner’s good character and saying the business should be allowed rather than losing it to Bossier or another area.

He called into the Commission meeting saying, “In regards to the high traffic that they are talking about, my business has very limited traffic coming in and out as in I pick up the dogs and drop the dogs off. I just want a fair chance at this,” Phillips said.

Phillips added that neither his neighbors nor Caddo Parish Commissioner Ken Epperson, whose district the property is located, has spoken with him about his plans. Phillips said he would like for those with concerns to come out and see the property, commissioners included.

Phillips said he is addressing fencing and other requirements and that he’s going above and beyond in doing so.

“I moved out there to enjoy it just as much as they want to and we can do that together if they give us a chance,” Phillips said.

Caddo Parish President Mario Chavez clarified Monday’s vote is only to move the legislation forward to a legislative session where a vote can be taken on the matter after laying over for two weeks.

The earliest legislation can be considered is Jan. 21 where a public hearing will also take place.

In other business, a resolution calling for a special election in Caddo Parish to amend the Caddo Parish Home Rule Charter was also advanced.

The three charter propositions include:

“I want the commissioners to fully understand what this resolution will do,” Johnson said. “If this is calling for a special election, that means the parish will be paying to have this put on the special election ballot and would cost somewhere around $200,000. Those changes to the charter are not warranted to use public dollars in that amount.”

Johnson added that he could see doing it during an election where Caddo Parish already has something on the ballot, where it could be added on to that.

“I think it would be a waste of taxpayer dollars,” Johnson said telling commissioners he was OK with advancing it to Thursday but that he would be voting against it.

The meeting is scheduled to take place from 1 to 3 p.m. with Whyte briefing those in attendance on what the state’s plans are to help get vaccines out to citizens.

The Caddo Parish Commission will select 2021 officers on Jan. 7.

Your Dog May Not Understand Every Word You Say: Study | Health News

Your Dog May Not Understand Every Word You Say: Study | Health News